As Santa’s clock counts down to his big day, I always say there’s nothing like the gift of music (ask people who know me… I really say that). The best thing about music is that you can fill a room with it so everybody enjoys the gift together!

The big news this year is that, for the very first time, a brand-new musical gem has been performed and recorded especially for The Osborne Spectacle of Dancing Lights at Disney’s Hollywood Studios! Much in the tradition of Walt and his animators blending music with state-of-the-art visual wizardry in films such as “Fantasia“, the team at Walt Disney Parks & Resorts Creative Entertainment has crafted this new version of “Winter Wonderland” to make the most of everything those millions of lights can do.

This magnificent, dynamic new rendition was arranged and conducted by veteran Music Director Dan Stamper of Entertainment, whose massive worldwide list of contributions to Disney Parks shows, parades, fireworks spectaculars and big-city special events could fill a website in itself!

“This was an especially unique project,” Dan told me. “It really required those of us who were familiar with what these lights could do, so we would make the most of all the abilities we have with light movements special effects.

“Basically, I wrote the arrangement in ‘layers’ of sounds, so they could come in gradually, then build and build. It’s funny how things like this come together! It just seemed to evolve.” The resulting musical production is unlike any other version of “Winter Wonderland” you’ve ever heard, conceived with every detail of these amazing light displays in mind.

Keep your fingers crossed: Dan is hopeful that there might be more specially-created pieces like “Winter Wonderland” added in the future to the Osborne Family Spectacle of Dancing Lights, in addition to great holiday songs from hit albums.

One of these songs is performed by Big Bad Voodoo Daddy (whom you may have seen live during their recent Epcot Eat to the Beat Concert Series gig). The song, “Christmas is Starting Now,” is from “Disney’s Phineas & Ferb Christmas Vacation”. 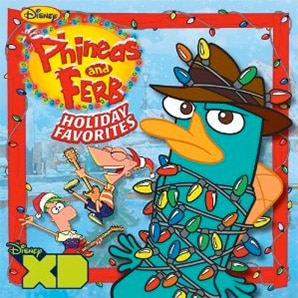 “That was the first song [“Phineas & Ferb” co-creator] Dan Povenmire and I wrote for the TV special,” said Story Editor/Scriptwriter Martin Olson. “It set the tone for the rest of the songs. “We first wrote it as a pop tune, then Dan and [Series Original Music Composer] Danny Jacob adapted it to a Big Band arrangement with a live performance in mind.” The song is included on the “Phineas & Ferb Holiday Favorites” album—as well the lovely “That Christmas Feeling,” sung by Martin’s daughter Olivia, who voices Vanessa on the show. 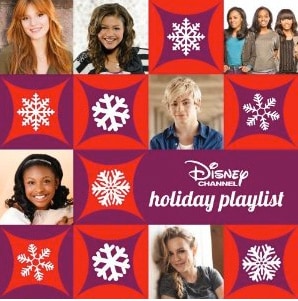 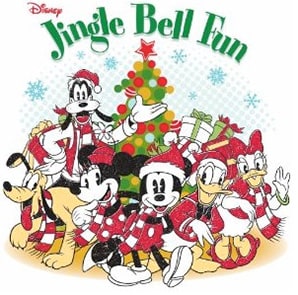 “Winter Wonderland” is available exclusively as a download from iTunes or Amazon. All the other albums are available on CD at select Disney Parks shops, retail and online stores and by download.