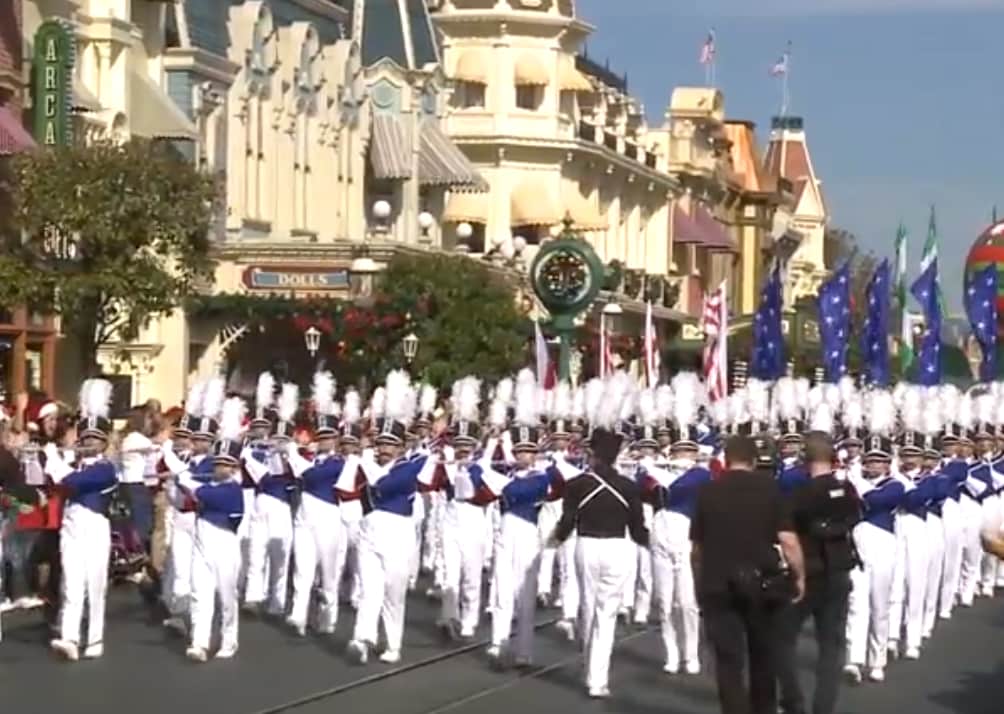 The Disney Parks Christmas Day Parade airs on December 25, but the holiday magic actually began back in September. That’s when Mickey Mouse and his friends from the Disney Performing Arts team travelled to Morehead City, N.C., to surprise 180 students at West Carteret High School.

What was the big news? The West Carteret Marching Patriots had been chosen to perform in the parade as the Disney Performing Arts guest marching band.

Out of the hundreds of bands who apply each year to participate in Disney Performing Arts workshops, festivals, and performance opportunities, West Carteret was selected to march down Main Street, U.S.A., in the biggest Disney parade of the year. Adding to the excitement, the Marching Patriots would march alongside Olympic gold medalist Gabrielle Douglas and perform The Olympic Fanfare.

The September announcement moment was a “wow” for the Marching Patriots, but then the hard work began. The band had less than three months to prepare for its moment in the spotlight. Students put in countless hours of practice, rain or shine, to perfect their music and marching routine. When the big day finally came, they turned the corner in front of Cinderella Castle and the crowd erupted in cheers from family, friends and other park guests thrilled to share in the moment.

Congratulations, West Carteret Marching Patriots, on all your hard work and achievements this year.

Check out the video to see the band’s parade journey from start to finish. The Disney Parks Christmas Day Parade airs December 25 on ABC. Check your local listings for air times.

For more on the Disney Parks Christmas Day Parade, check out the posts below: