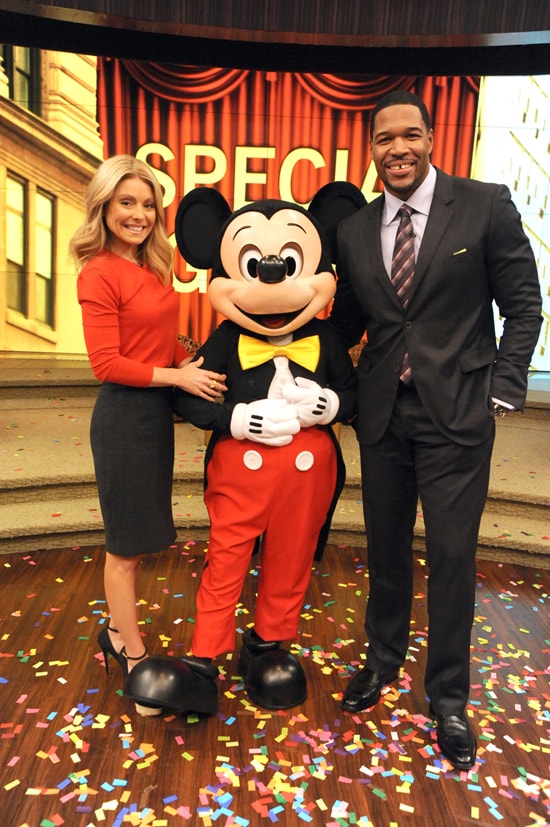 In case you missed it this morning, the Big Cheese — you know, my boss — dropped in to see Kelly Ripa and Michael Strahan to extend an official invitation for the show to visit the Walt Disney World Resort in February! That’s right, on Feb. 18 and 19, “LIVE with Kelly and Michael” will be shooting four shows from the middle of Town Square at Magic Kingdom Park!

Exactly a year ago, we had so much fun doing a week of shows with Kelly from Aulani, a Disney Resort & Spa in Hawai’i. We’re so excited that Kelly and Michael will be packing up their families to make some Disney memories here at the Resort — their first official visit here together! And the best part is — you can request tickets to be part of the audience! (C’mon! Can you think of a better reason to book a Walt Disney World winter getaway for a little Disney Time with your family?) Here are all the details: www.LIVEKellyandMichael.com.

The celebrities scheduled to appear are: