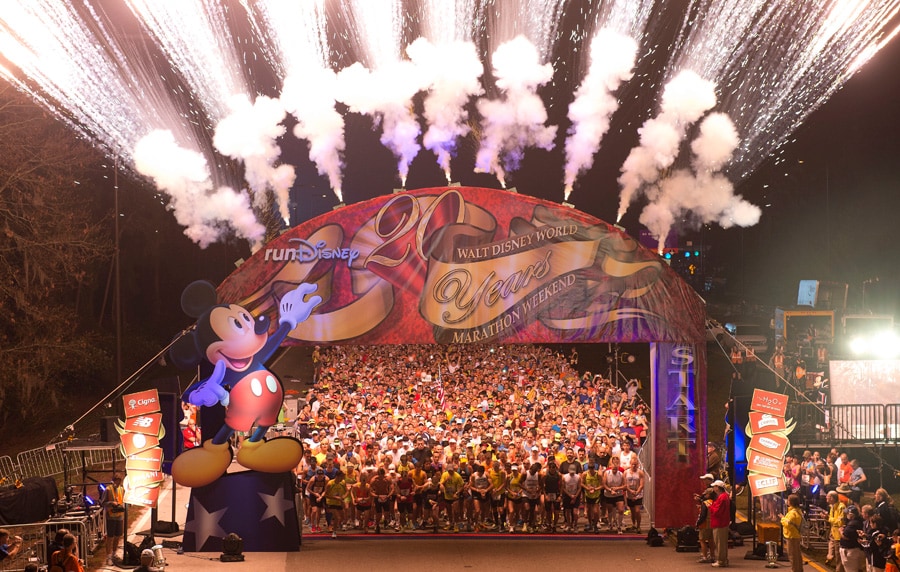 One way or another you had to figure the Walt Disney World Marathon presented by Cigna was going to turn out this way. After all, it was the 20th annual event, so it was only fitting that Brazilian runner Adriano Bastos, the greatest name in Disney Marathon history, would break his two-year drought and win on Sunday. I mean, what else would you expect from the place “Where Dreams Come True?”

So, after fending off another fierce challenge from his fellow countryman and training partner Fredison Costa, Bastos made it back home Sunday – a la to the finish line ahead of everyone else for his seventh Disney Marathon win in the past nine years and eighth overall.

It was a day of former champions winning again. Virginia’s Renee High won the women’s division for the second straight year, easily finishing ahead of the rest of the field which included more women (57 percent) than men for the first time in the event’s history. Among the more than 25,000 runners who trekked through all four Disney theme parks were former pop star Joey Fatone, who had never run so much as a half marathon previously, yet completed the half marathon and the full marathon this weekend at Disney. The race capped a magical weekend of running events, parties and family entertainment that commemorated the 20th annual event. The four-day event drew more than 65,000 runners, including celebrities and famous running legends, that culminated with the 26.2-mile marathon Sunday that included new course enhancements, a new finisher’s medal, a post-race party at Downtown Disney and spectacular entertainment along Mile 20.

For those runners who are craving the opportunity to run another Disney event, they won’t have to wait long. The Tinker Bell Half Marathon is next weekend at Disneyland Resort in California. Meet you at the starting line!