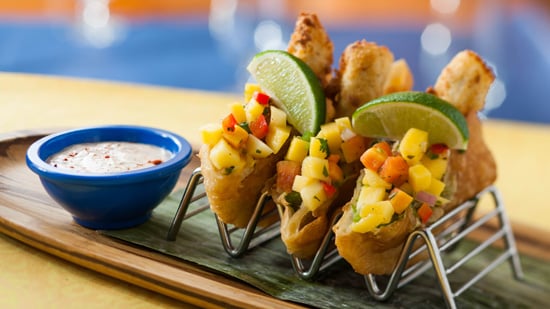 We so often recommend favorite Walt Disney World Resort restaurants, but it’s nice to share an out-of-the-way gem like Shutters Restaurant at Disney’s Caribbean Beach Resort, where we recently dined when we heard that Chef Mike Reitzler is heading up the kitchen. Chef Mike spent a good bit of time in the Caribbean on the Disney Cruise Line ships, so he’s the perfect guy to tweak the casual restaurant’s island-inspired menu.

If you’ve been to Shutters before, you’ll hardly recognize the menu. Chef Mike left favorites like the chorizo-black bean soup and the crispy chicken wings tossed in habanero-brown sugar glaze, but pretty much everything else is new.

We’re partial to the starters, like the “Mahi Bake,” which is Shutters’ take on fish tacos with crispy mahi mahi, avocado, lettuce, mango salsa and cilantro-lime sour cream. It’s inspired by the “shark bake” street food in Trinidad, Barbados and Martinique, says Chef Mike, and he had one of the chefs on the ship teach him how to perfect this simple starter. 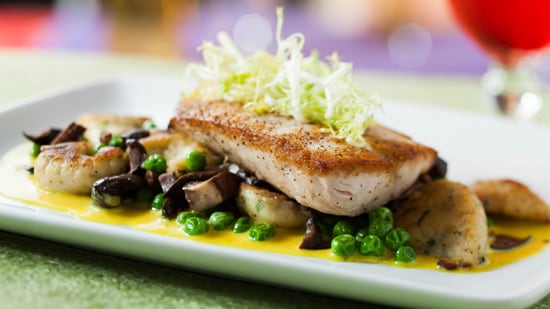 The citrus-poached shrimp, really more of a ceviche, is served with hot fried plantains, a nice way to amp up the simple dish. And each entrée shows off Caribbean flavors, from the fresh fish with yucca dumplings and a curry-lemon butter sauce to a char-crusted New York strip steak with mashed sweet potatoes and a garlicky chimichurri sauce. One of our favorites was the pasta with shrimp, chorizo, spinach and goat cheese (he also makes a vegetarian version). 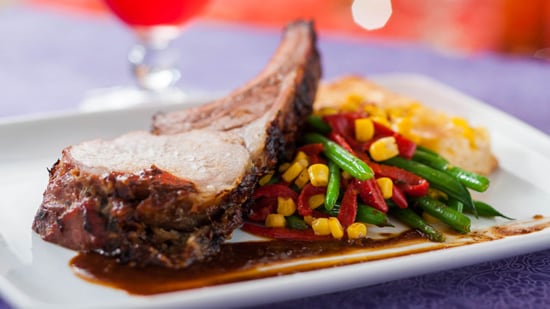 The casual dining room is a fun, out-of-the-way spot for cocktails like the Caribbean Smuggler with Captain Morgan spiced rum, coconut rum, cranberry juice and pineapple juice or a cold Red Stripe beer. 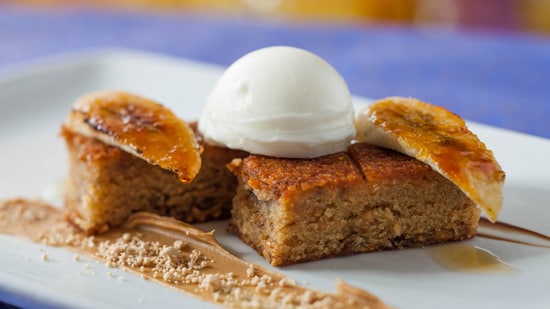 We ended with a slice of no-sugar-added angel food cake, the prized dessert of the evening, topped with silky coconut crème Anglaise and fresh fruit. Served with a press pot of Jamaican Blue Mountain, it was a sweet ending to our journey to the islands. We’re just happy we can return without a plane ticket.

Shutters is open nightly at 5 p.m. for dinner. For reservations, call 407-WDW-DINE. Dinner is one (1) entitlement on the Disney Dining Plan.