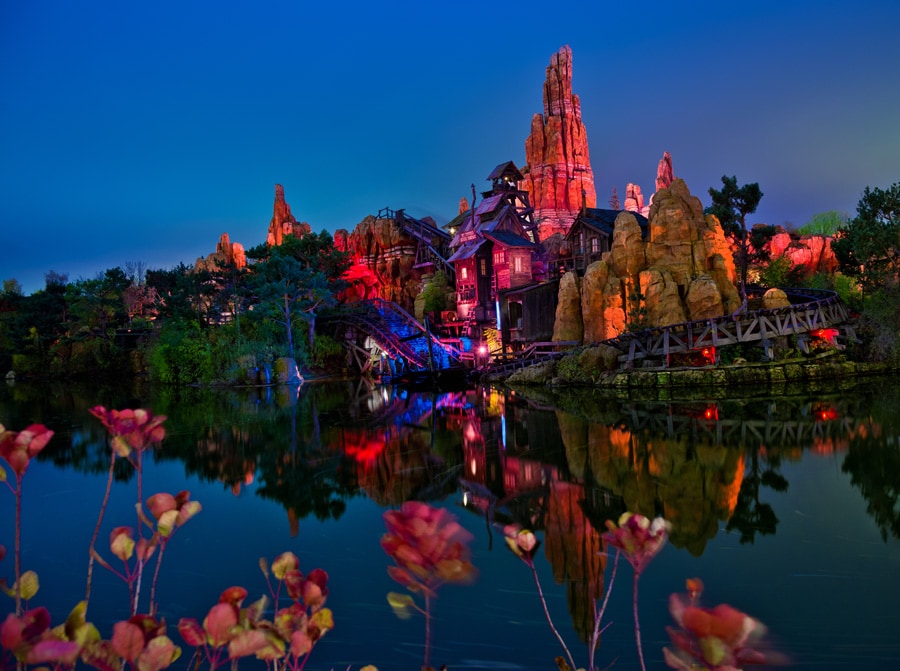 Did you know that at Disneyland Paris, this attraction actually sits on an island in the middle of the Rivers of the Far West in the park’s Frontierland? And the attraction also features a cool storyline that ties it to the nearby Phantom Manor, the park’s version of the Haunted Mansion. According to the legend, Henry Ravenswood, proprietor of Thunder Mesa Mining Company, made a fortune in gold mining on Big Thunder Mountain – only the mountain held a curse that Ravenswood ignored. He used part of his wealth to build a Manor nearby and later met his demise in an earthquake. The Manor would later be a site for another tragedy, when the groom of Ravenswood’s daughter, Melanie, met his death on their wedding day.

I don’t know about you, but I think Big Thunder Mountain Railroad sure looks spooky at night!

For more from the Disney Parks After Dark series, check out the posts below: