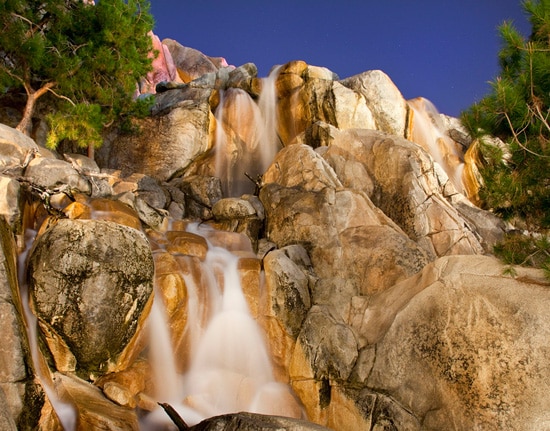 Disney Parks After Dark: Night Into Day at Disneyland Resort

The photos below might look like they were taken during the day, but both were actually taken after dark. I took them with a very long exposure to soak in the surrounding light, giving the impression that it is daytime. Nothing special was done in post-production other than some simple adjustments.

The settings on the camera for the first photo were set to 400 ISO, aperture: 7.1 and a 20-second exposure. It was taken at Disney California Adventure park on the waterfall side of Grizzly Peak, opposite “a bug’s land.” The photo was taken at 7:14 p.m. in January 2011; sunset that day was at 5 p.m. Take a close look at the sky – it may be a bit hard to see, but it is filled with stars.

The following photo was taken about a month later around 5:30 a.m., an hour before sunrise. Like the photo above, I used a tripod and a remote release cable, with a 125 ISO, aperture: 5.6 and a 30-second exposure. 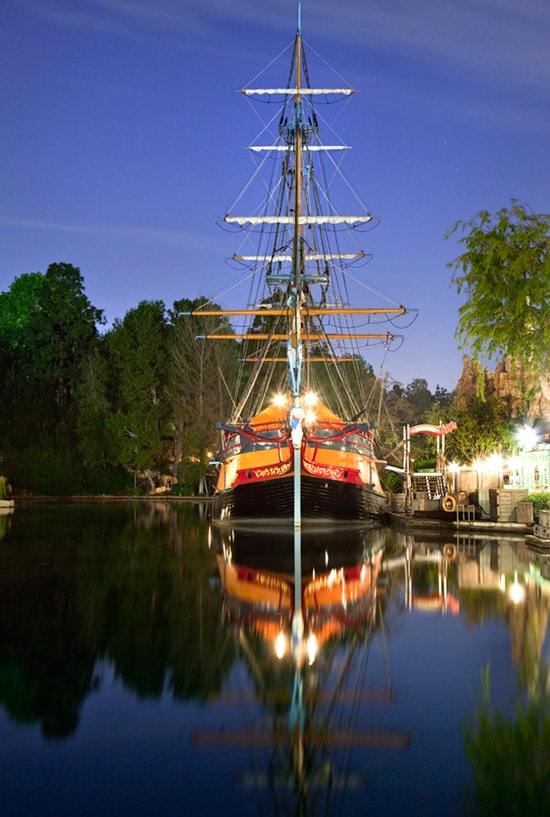 For more from the Disney Parks After Dark series, check out the posts below: