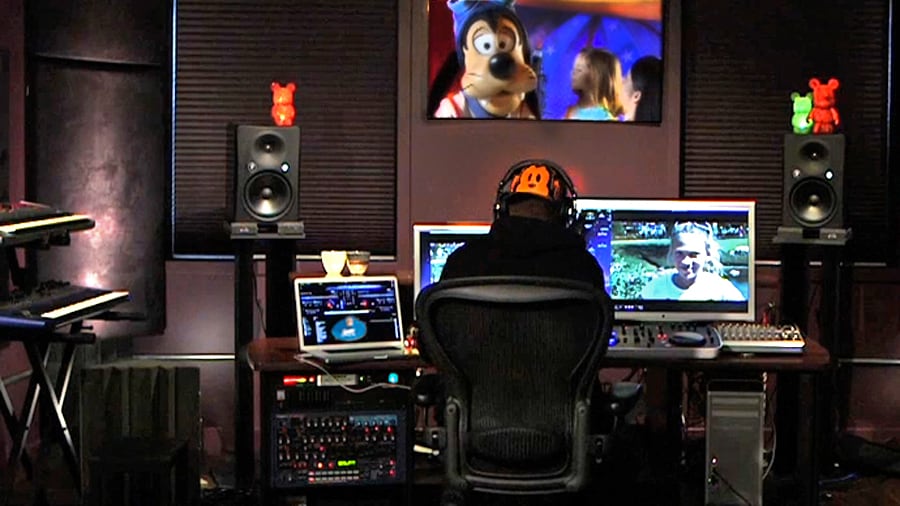 As he sits in his production company’s headquarters on a chilly Massachusetts day, DJ Steve Porter’s thoughts are about 1,200 miles south, at the Walt Disney World Resort. Surrounded by computers, musical instruments, monitors and all sorts of editing equipment, he’s putting the finishing touches on his latest remix video, a mashup of magical proportions for Walt Disney World Resort.

After building his career for 15 years as one of the top DJs in the country, Porter expanded into the world of video mixing and opened his own production company, PorterHouse Media. Regarded as a pioneer of the mashup/video mix movement, he creates his videos by editing sound bites and musical scores to create new songs. In 2012, he won a “Webby Award” (for a Tim Tebow-themed remix he created for ESPN called “All He Does Is Win”) and was named one of “The 100 Most Creative People in Business” by Fast Company magazine.

And the world is watching, and listening. In the past few years, Porter has created original videos for TV networks, national morning shows, popular primetime comedy shows and professional sports teams. Last summer, he created a Muhammad Ali mix that was shown in London during a Team USA tribute to the boxing great.

Take a look (and listen!) and enjoy the video. But a word of whimsical warning: like many songs featured in Disney attractions (yes, I’m thinking about you, “it’s a small world”), Porter’s “It’s Magical” tune just might stick with you for a little while after you view it.