More than 150 VoluntEARS from Walt Disney World Resort and Disney Cruise Line did their part on Friday, January 25, to help clean up a stretch of beach along Florida’s coastline. 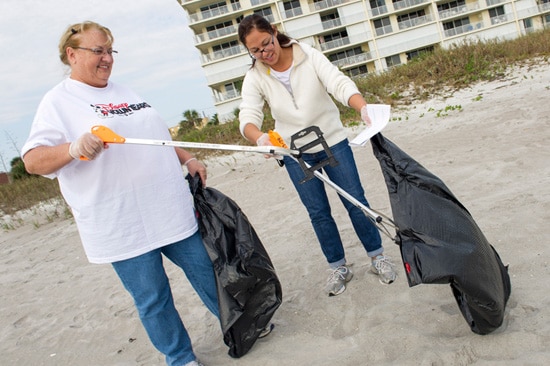 With temperatures in the 70s that turned this January morning into a perfect day at the beach, Disney VoluntEARS worked alongside friends, family and community partners from Keep Brevard Beautiful, the United States Coast Guard and the Canaveral Port Authority. By the end of the cleanup, the team cleared more than 250 pounds of trash and debris from coastal areas near the Disney Cruise Line terminal in Port Canaveral. Picking up litter keeps our shores pristine and safe for beachgoers to enjoy, while also preventing trash from harming wildlife such as sea turtles, birds and fish. Disney VoluntEARS have supported local coastal cleanup efforts for almost two decades. Their commitment has contributed to the removal of approximately 40,000 pounds of trash along fragile waterways.

Nice work for a day at the beach!