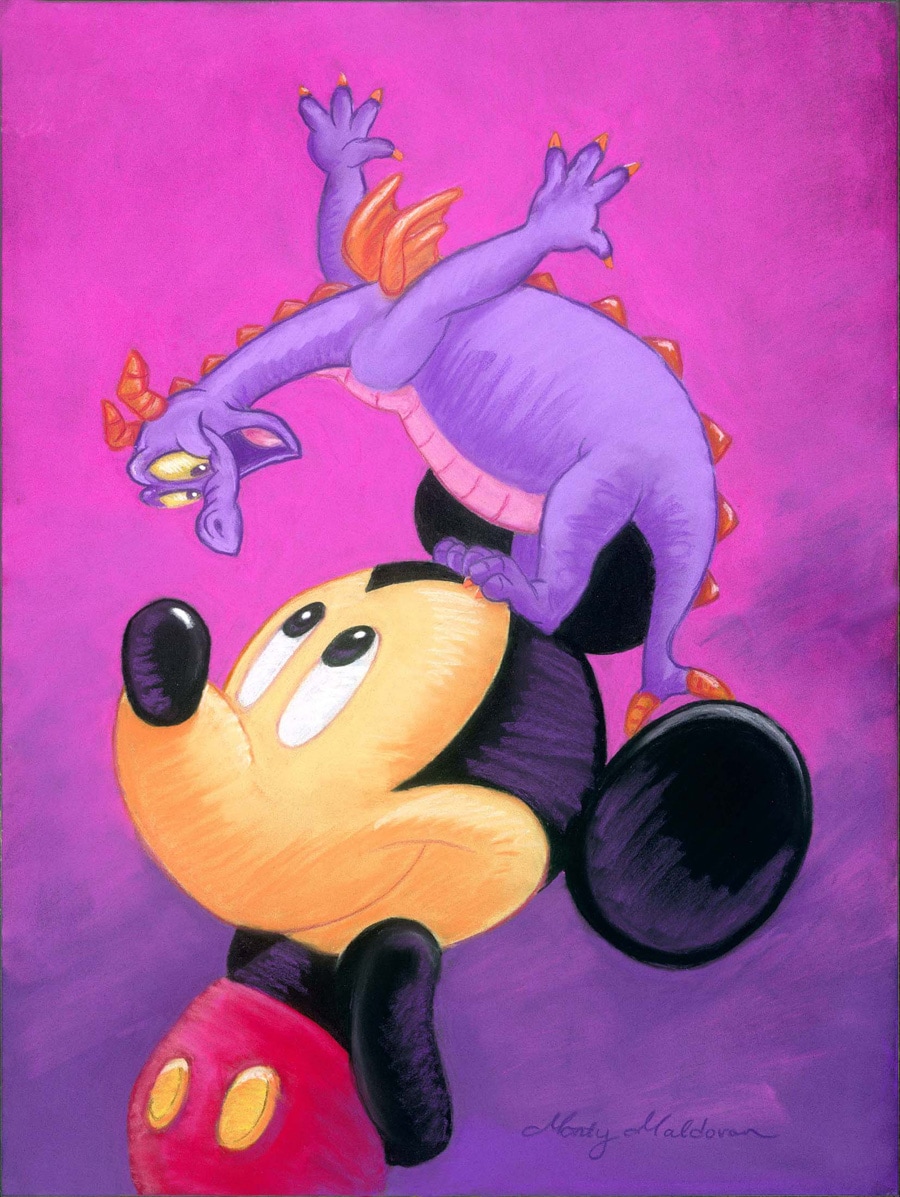 Events to Kick Off the New Year at Disney Parks

Now that the holidays are over, it’s time to get back in the swing of things. So what’s coming your way? Well, let’s take a quick look and bring you up to speed, so that you don’t miss a beat on either coast.

Now through January 6 at the Walt Disney World Resort, be sure you keep an eye out for special artist showcases featuring David Doss, who will be appearing at the Art of Disney in the Downtown Disney Marketplace, as well as Larry Dotson, who will be on hand at the Main Street Gallery in Magic Kingdom Park.

On January 4, Disney Design Group Principal Graphic Designer Dave Keefer will be appearing at D Street in the Downtown Disney Marketplace from 5-7 p.m. I’d tell you more, but Steven Miller has all the details on this exciting collection of new poster-inspired artwork, which highlights the luckier side of 2013. Tip: Continue to watch for additional artist meet and greet events taking place throughout the year.

About halfway through the month, the streets will be packed with runDisney participants taking part in the 20th Walt Disney World Marathon Weekend, so after you cross the finish line, be sure you swing by D Street on January 13 from 5-7 p.m. to have this year’s runDisney Mickey Mouse Vinylmation signed by Disney Design Group Artist Maria Clapsis. Want to know more? Well, you’re in luck, because Steven will also be giving you a glimpse of this new release and much more that will be coming your way as part of this year’s celebratory marathon.

That brings us to January 18 and 19. Now, this particular artist needs no introduction. I’m sure most of you are familiar with his work, as it has been seen on a variety of Disney Theme Park Merchandise over the years. That’s why we’re excited to have Disney Design Group Senior Character Artist Monty Maldovan appearing at the Art of Disney in Downtown Disney Marketplace at the Walt Disney World Resort, from 6–8 p.m. each day. Curious about what pieces he’ll be signing? Take a look:

If you’re asking yourself, “What about all of us Disney fans on the west coast?” – never fear! There are artist showcases taking place each weekend from 1-4 p.m., beginning January 12 at WonderGround Gallery in the Downtown Disney District.

Look for details on these events, artist showcases, releases and signings on www.ArtofDisneyParks.com.

So what’s on the radar for next month? Look for artist showcases and signings taking place at the Walt Disney World Resort and appearances by Linda Rick, Noah and more at the Disneyland Resort. I’ll be sharing more details soon!