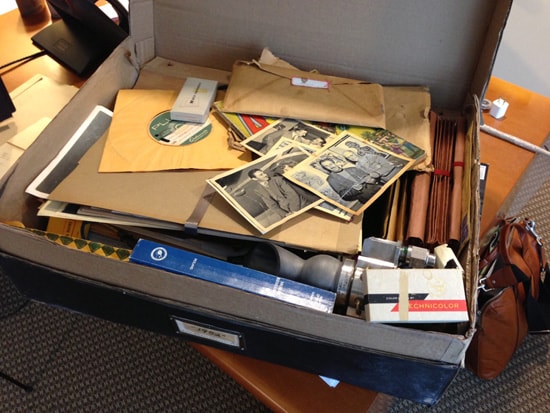 Have You Seen This Box?

We’ve been hearing a lot about a box full of unexplained artifacts that is the basis of a film starring George Clooney being developed at The Walt Disney Studios. The project is known as 1952 (although we’ve just learned it’s now called Tomorrowland – okay, we’re officially intrigued) and is from The Incredibles director Brad Bird and Lost creator Damon Lindelof.

Last week, the pair tweeted out tantalizing pictures of this mysterious box purportedly found in the Walt Disney Imagineering archives. What’s in the box, and what does it have to do with us? We’re as eager as you are to find out.