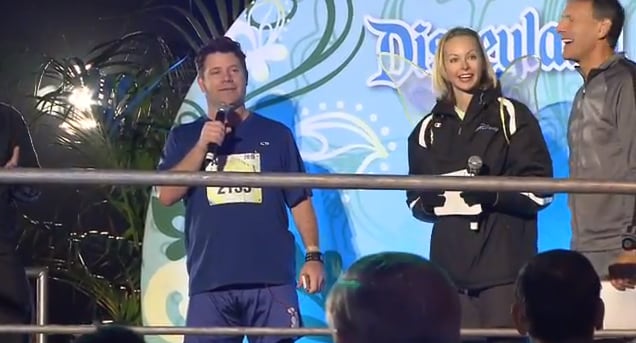 ‘Hey, That’s Sean Astin’ at the Tinker Bell Half Marathon at Disneyland Resort

Not only does Astin love runDisney events but also loves the runners that participate. He was very generous with his time at the races and at the expo for photos, autographs and entertaining the crowd. Much to my surprise he even showed up in “character” for the 5K wearing Tinker Bell wings and a sparkle skirt. Now, he may deny that fact in public, but the video below has the evidence.

As runners we run for different reasons. Astin runs for what he calls #Run3rd. What that means is he runs first for himself, second for his family and third for anyone that tweets him and asks for a special run dedication.

I think anyone having the chance to meet him last weekend will agree, Sean Astin is a great guy, loves running and loves runDisney. But judge for yourself, let him tell you in his own words.