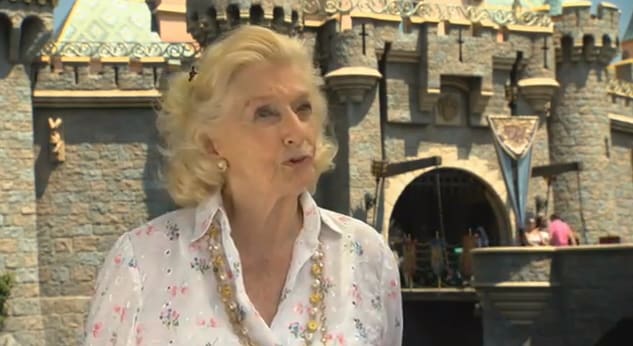 With Disneyland park guests now enjoying “A Salute to the Golden Horseshoe Revue” as part of “Limited Time Magic,” I thought it would be a good time to take a look back with one of the people who brought the original “Golden Horseshoe Revue” to life back in 1955. Miriam Nelson was the choreographer of the original show, as well as other historic Disneyland moments like the opening day celebration on July 17, 1955. Miriam staged dances and performances throughout the park on opening day, which included an appearance by “Davy Crockett” stars Fess Parker and Buddy Ebsen, and the character-filled opening of Fantasyland.

Miriam paid a visit to Disneyland last summer to attend “The True Legends of the Golden Horseshoe” – a tribute to Disney Legends Wally Boag and Betty Taylor. While she was here, she took a moment to share some of her Disneyland memories with us for the video below.

Be sure to catch a piece of Disneyland history yourself, as “A Salute to the Golden Horseshoe Revue” continues its limited run every Thursday-Monday through February 4.