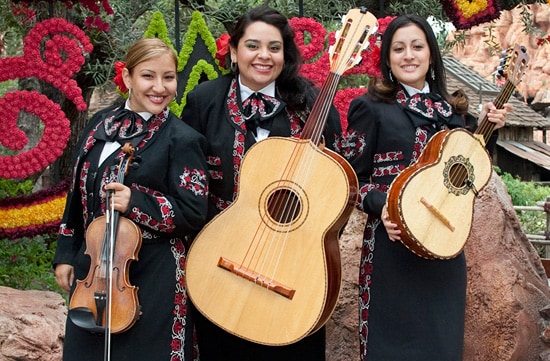 Grammy winners and Disneyland Resort favorite Mariachi Divas de Cindy Shea have been nominated for a 2013 Grammy award for their eighth album, “Oye,” in the category of Best Regional Mexican Music Album (Including Tejano). To celebrate, the full ensemble will appear in the Downtown Disney District on February 5 at 1 p.m. They will share their history, answer questions about their experience and perform a medley of songs from their Grammy-nominated album as well as favorites from their past albums.

Directed and founded by trumpet player Cindy Shea in 1999, the Mariachi Divas are well known in the national and international music scene. With four Grammy nominations, 1 Latin Grammy nomination and 1 Grammy win under their belts, the all-female ensemble have been favorites among Disneyland Resort guests and fans all over the world. Come celebrate with them on Tuesday, February 5!