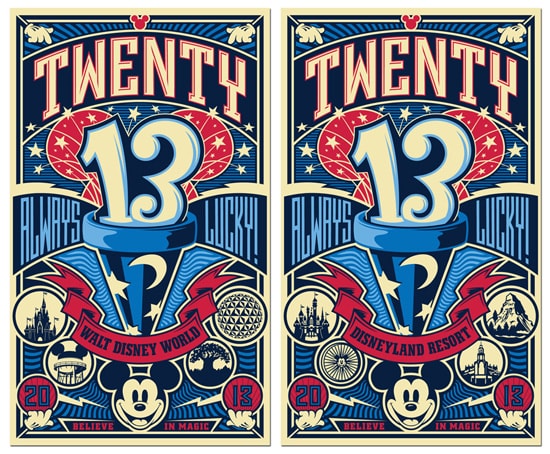 One fun part of being an author for the Disney Parks Blog is interviewing Disney Design Group artists. These talented women and men create artwork found on merchandise at Disney Parks, Disney Cruise Line and even Aulani, a Disney Resort & Spa at Ko Olina. Each artist has a distinctive art style which has been captured in a new art program for 2013. I spoke with artist Dave Keefer, whose posters, shown above, served as a catalyst for this project.

“Before we created the ‘Believe in Magic’ program, we had many ideas for the direction of the 2013 dated merchandise,” explained Dave. “During the development process, we played off the idea of lucky versus unlucky. For some people, the number 13 is an unlucky number, but I thought the opposite. I drew a quick sketch that had an ‘always lucky’ number 13 emerging from an upside down Sorcerer Mickey’s hat. The poster concept was well received, so other artists submitted their takes on 2013.” 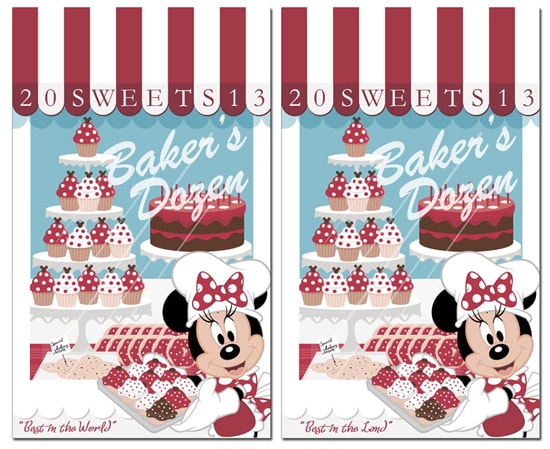 “I’ve been supporting the consumables department, so it was natural for me to design a sweets-themed poster,” said Patty. “I enjoy a vintage art style, which I tried to capture with the colors and design for my poster.” 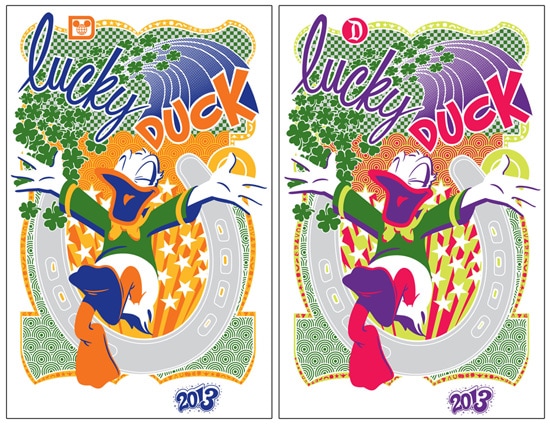 Thomas Scott used the phrase “lucky duck” as the inspiration for his poster.

“I used ‘lucky duck’ as no other artist claimed the phrase,” explained Thomas. “I wanted my posters to look unique and happy, so I designed them using my favorite high-contrast art style.” 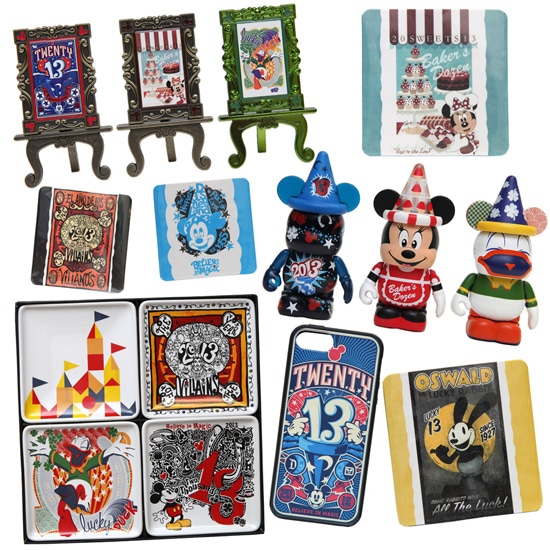 For 2013, a new monthly pin and Vinylmation collection will also use this artwork. We recently released a set of 48 paper coasters and a set of four mini serving dishes with the art. Look for some limited edition D-Tech on Demand covers for the iPhone next year, and some online exclusive apparel items are coming to the Disney Parks online store in the spring.

Finally, you can meet artist Dave Keefer on Friday, January 4, from 5:00 p.m. to 7:00 p.m. at D Street in Downtown Disney West Side. Additional artist meet and greet events will be held throughout 2013.