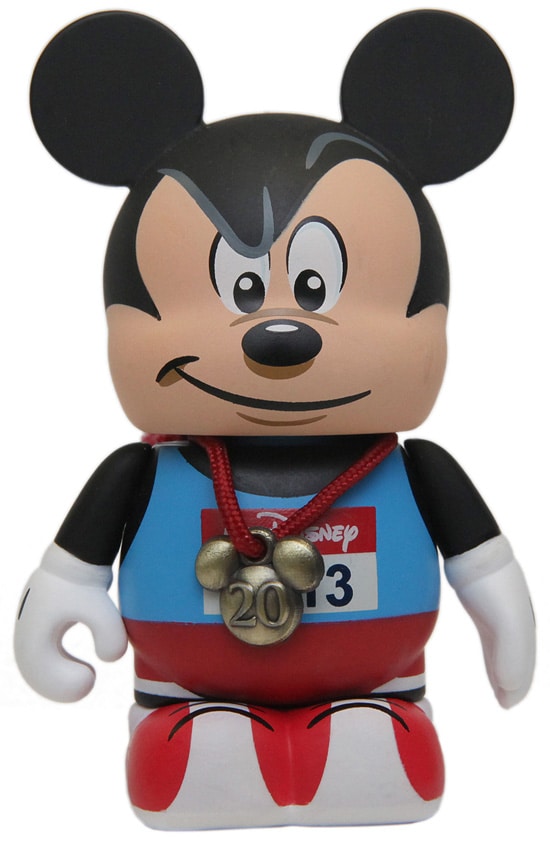 I admire those who participate in marathons. I tried running once but didn’t find as much enjoyment as I do with taking photographs. My girlfriend likes the runDisney events, so I think I’ll stick with taking pictures of her while cheering at the finish line. Soon, thousands of fans will be cheering for those participating in the 20th Anniversary Walt Disney World Marathon Weekend presented by Cigna on January 10-13, 2013. There will be a variety of 20th Anniversary merchandise items available during the weekend. A few items, however, caught my eye due to their unique designs.

Vinylmation is no stranger to the Marathon Weekend. This year, Disney artist Maria Clapsis designed one 3-inch figure that resembles Mickey Mouse in running attire. The figure has a space where a participant can write in her or his finishing time. The things I loved the most, however, are the new mini-medals for the Full Marathon, Half Marathon and Goofy’s Race and a Half Challenge that can be added to the figure. Each medal is sold separately from the figure.

Maria will be meeting with guests during the Downtown Disney Cool Down Party being held on Sunday, January 13, 2013. She will be at D Street in Downtown Disney West Side from 5:00 p.m. to 7:00 p.m. 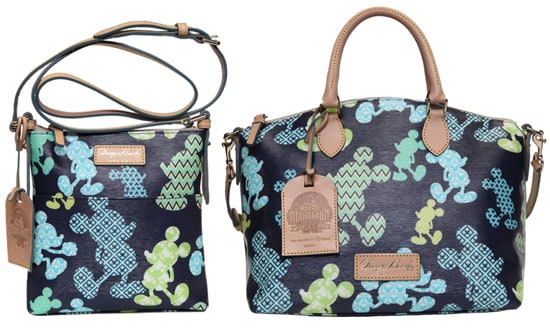 Two new Dooney & Bourke handbags will make their debut at the Disney’s Health & Fitness Expo located at ESPN Wide World of Sports Complex. I spoke with Disney Design Group Artist Susan Foy who created the artwork for these bags.

“I enjoyed mixing the Mickey Mouse silhouettes with a variety of patterns for these new bags,” explained Susan. “The navy ground color really makes the design pop. I even added a silhouette of Mickey running as a nod to the marathon. These two items will also have a special leather hangtag attached with the marathon logo.” If you already ordered these bags when you registered, don’t forget to pick them up at the Playstation Pavilion at ESPN Wide World of Sports Complex starting January 10 from 9:00 a.m. to 7:00 p.m. Additional quantities of bags will be released at the Expo for those who missed the pre-order.

I wish all participants the best of luck!