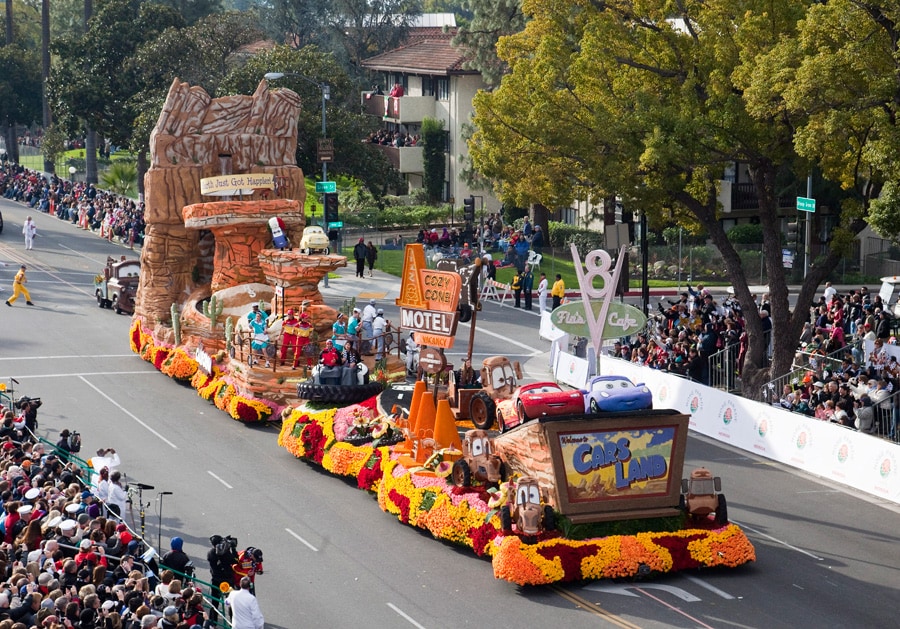 Happy New Year! If you, like many across the country, like to start your new year watching the annual Rose Parade from Pasadena, Calif., you probably saw the Disneyland Resort “Destination: Cars Land” float this morning. I had the privilege to watch the parade myself from the stands along the parade route, and seeing our float in person was incredible. If you missed it, or if you just want a closer look, I’ve got photos to share with you from our chief photographer, Paul Hiffmeyer, who was also at the parade this morning. The float got off to a good start as it stepped off onto Orange Grove Blvd., but then … 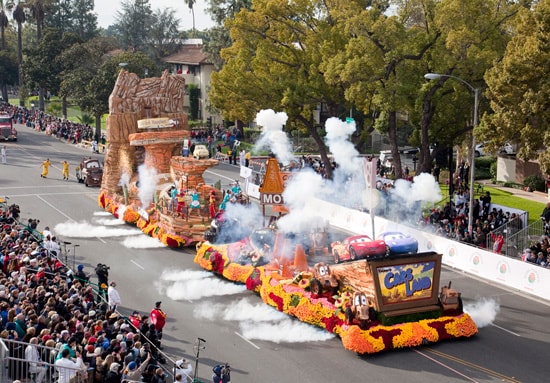 … it broke down! In a flash of sparks and smoke, it looked like the fun would be over. But Mater, who you can see following close behind in the photo above, was there to save the day! With a quick jump-start, Radiator Springs’ favorite tow truck had the float running good as new and on its way down the parade route! 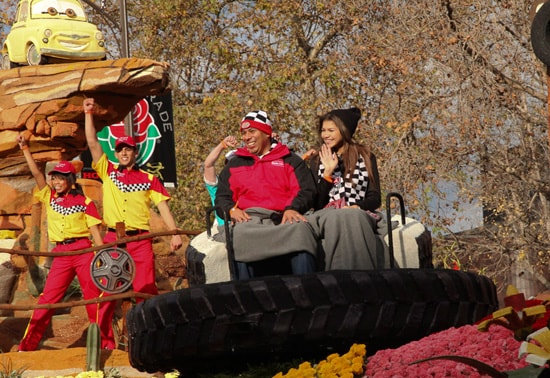 On board the float was Disney Channel “Shake It Up” star, Zendaya and DJ Ernie D from Radio Disney, who broadcast live from the float during the parade. 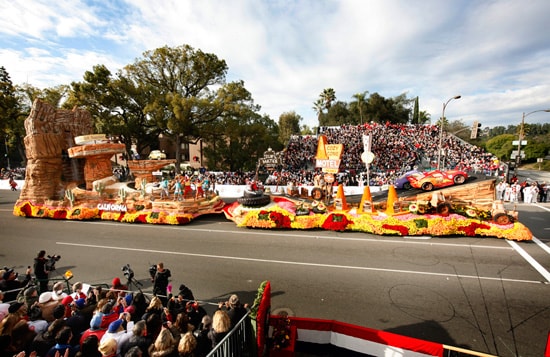 Finally, I’ll leave you with a shot of the entire float. You can see Lightning McQueen and Sally racing in the front, on top of a floral “Welcome to Cars Land” sign; Flo’s V8 Cafe and Cozy Cone Motel signs (along with a mini Cozy Cone Motel underneath); floral representations of ride vehicles from Luigi’s Flying Tires and Mater’s Junkyard Jamboree; Luigi and Guido cheering on miniature Radiator Springs Racers vehicles racing through a floral replica of Ornament Valley – with a real waterfall!

Check back tomorrow for one more behind-the-scenes video from the float construction!

And I want to say a special hello to Disney Parks Blog reader, Jazmine – I enjoyed meeting you and your dad at the parade this morning!