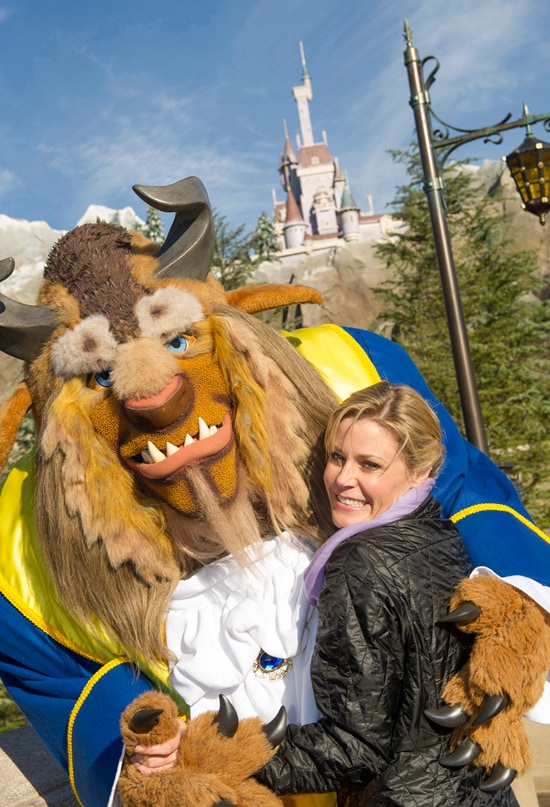 A twinned celebration and a new posing of “Beauty and the Beast” took place over the holidays with celebrity visits to Magic Kingdom Park, and Disney Parks Blog author and Yellow Shoes Creative Group photographer Gene Duncan was there to capture the moments.

Julie Bowen, two-time Emmy Award-winner for her portrayal of “Claire Dunphy” on the hit comedy series “Modern Family,” visited New Fantasyland to see Beast’s Castle. After a quick dance outside, Beast escorted her into the Be Our Guest Restaurant to show off the castle’s dining rooms (no word on whether he let her see the mysterious West Wing). 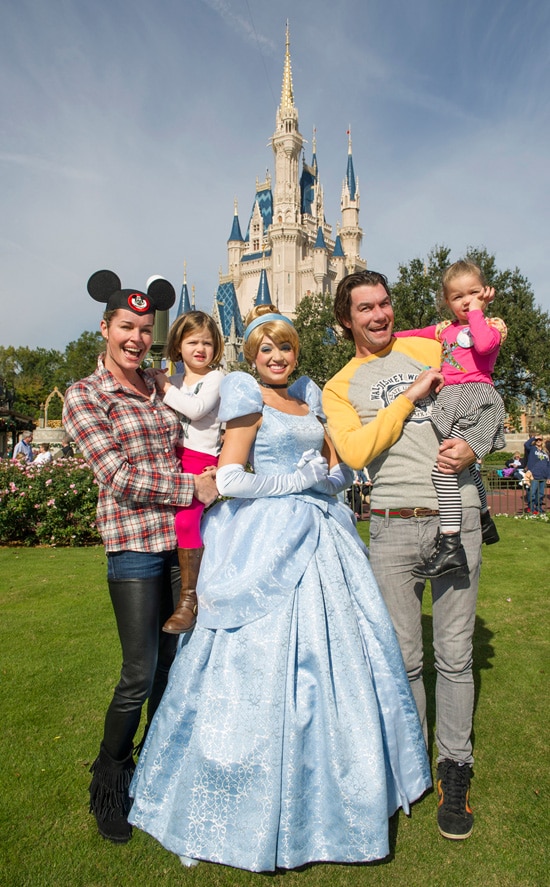 Later, actress Rebecca Romijn and her husband, actor Jerry O’Connell, celebrated their twin daughters’ birthdays by posing with Cinderella. In addition to Cinderella being the twins’ favorite princess, Romijn shares a love of the color blue with the glass slippered-princess. Romijn is famous for her role in the “X-Men” films as the blue-skinned mutant “Mystique.”