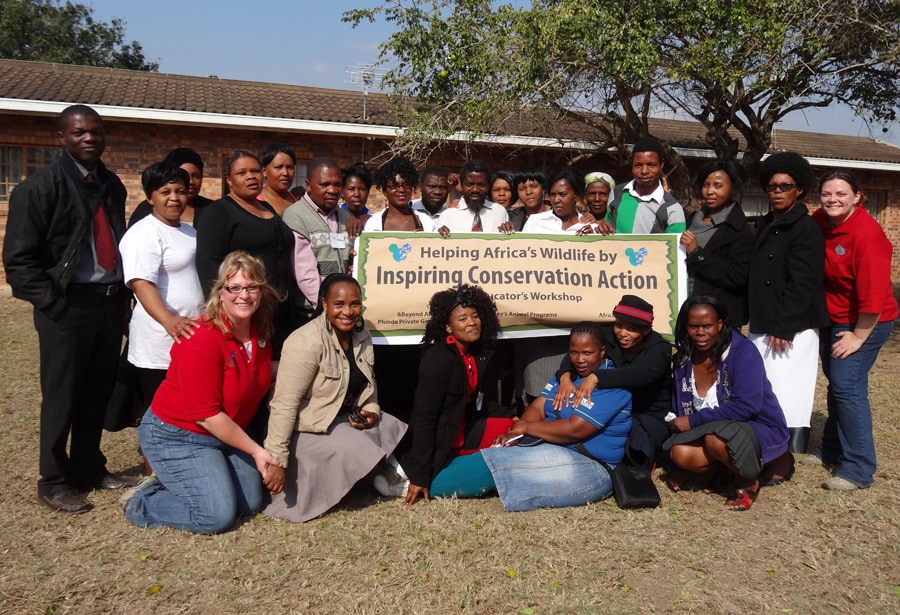 As shared in the accompanying video, Disney’s Animal Programs educators have created a hands-on workshop that is offered to educators living in rural communities in South Africa, where there is a diversity of landscape and vegetation that shelters an abundance of wildlife, including not only the “Big Five” animals (elephant, rhino, cape buffalo, lion, leopard), but many other species as well, such as cheetah, giraffe and hippo. 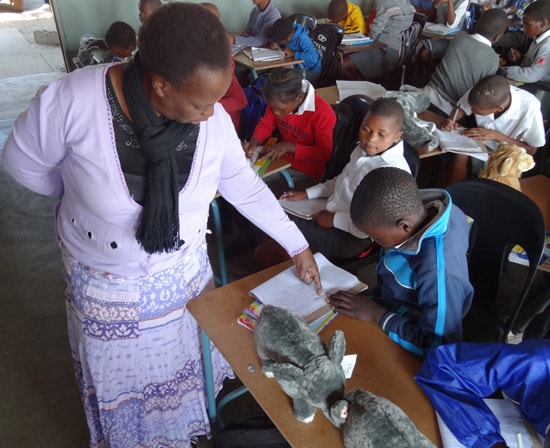 To aid the educators in better understanding how to protect and care for African wildlife, we incorporate conservation actions into the workshop that can be integrated into classroom lessons for the students. As these teachers increase their connection to the natural world through the workshop training, conservation lessons learned, and experiences provided, they have the capacity to influence not only the thousands of school children they teach collectively, but also the multitude of families who live in their communities.

Helping the people who live side by side with endangered wildlife is an essential part of conservation, and that truly is the essence of this program, along with bringing just a little bit of our Disney magic to nature’s magic for the benefit of African wildlife. Want to help? Spread the word by sharing this blog post with your friends and family. Learn more about Disney’s conservation efforts around the world. Experience more of our conservation work by participating in our guest offerings, such as Backstage Safari at Disney’s Animal Kingdom, or visiting our African Cultural Representatives at Disney’s Animal Kingdom Lodge. Learn more about the organizations Disney is working with on this project – &Beyond Africa and Africa Foundation.

Readers of the Disney Parks Blog may remember some earlier posts that referred to this work in South Africa — check out these other posts in the Wildlife Wednesdays series: