Wildlife Wednesdays: Sea Turtles Ill from the Cold Recovering at The Seas with Nemo & Friends at Epcot

Sea turtles suffering from hypothermia were rescued from New England beaches and are recovering at The Seas with Nemo & Friends at Epcot. 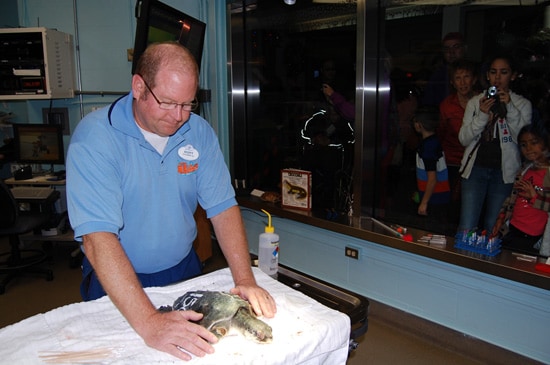 Eight Kemp’s Ridley sea turtles, one of the most endangered species of sea turtles in the world, arrived via airplane the weekend before Christmas and were picked up by Disney’s Animal Programs team members. The turtles were examined on Christmas Eve by our veterinarians in view of guests at the animal hospital at Disney’s Animal Kingdom before being transported by our animal care experts to a rehabilitation facility backstage at The Seas with Nemo & Friends. Medical exams included X-rays and blood tests, as well as complete physical assessments.

Disney and other rehabilitation centers came to the aid of the New England Aquarium, the first stop for these sea turtles. The aquarium was very grateful for the assistance – their sea turtle hospital had reached capacity and more turtles ill from the cold were arriving every day with months of winter to come. In addition to caring for the Kemp’s Ridley sea turtles, Disney’s Animal Programs cast members are providing support by transporting loggerhead sea turtles impacted by the cold temperatures in New England from Florida airports to other rehabilitation centers on the state’s west coast. 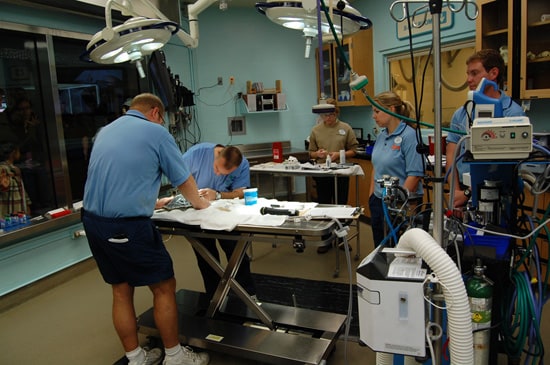 The team reports that the sea turtles at The Seas with Nemo & Friends are eating well and recovering nicely. Our animal care experts are focused on increasing the turtles’ body weight so they have the strength to swim in the open ocean. The goal is to help the turtles get healthy and then release them back to ocean, under direction from the Florida Fish and Wildlife Conservation Commission.

Look below for more posts from our “Wildlife Wednesdays” series:

Likes (0)
Share Wildlife Wednesdays: Sea Turtles Ill from the Cold Recovering at The Seas with Nemo & Friends at Epcot