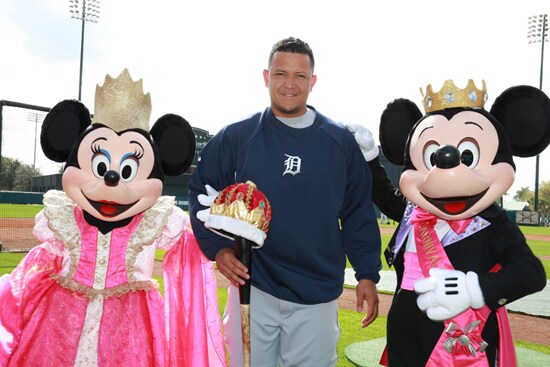 It might be every day that royalty visits Magic Kingdom Park, but today ESPN Wide World of Sports Complex played host to quite an impressive court of its own.

Prior to the game, Cabrera met “King” Mickey Mouse and “Queen” Minnie Mouse, before stepping into the batting cage to start work on following up his monster 2012 season where he led the American League in home runs, batting average and runs batted in.

Of course, baseball fans have become accustomed to seeing their favorite Braves players at Disney, but spring training also offers the opportunity to see your favorite players from the Tigers, Yankees and Mets, among others clubs, at Champion Stadium.