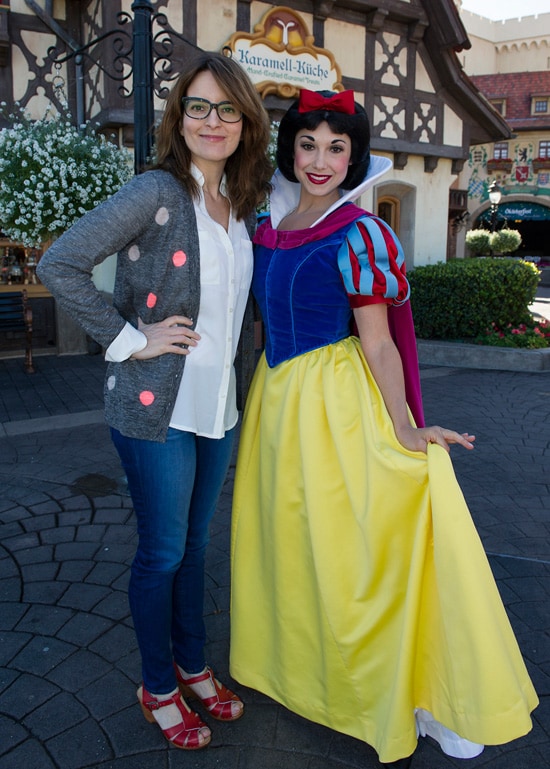 It would have made a great “I’m Going to Disney World!” moment.

“Tina Fey, your award-winning series ’30 Rock’ has just ended its successful seven-season run on television. What are you going to do next?”

The response from the multi-talented writer, producer, actress, author, show creator and comedienne easily could have been “I’m going to Disney World!” — because that’s exactly what she did. After production recently ended on her acclaimed comedy series, Fey enjoyed a visit to Walt Disney World Resort. Her next film, “Admission,” is a comedy/drama co-starring actor Paul Rudd and is scheduled to debut in theaters next month.

Disney Parks Blog author Gene Duncan was on hand today at Epcot to capture this photo of Tina posing with “the fairest of them all,” Snow White, at the Germany Pavilion in World Showcase.