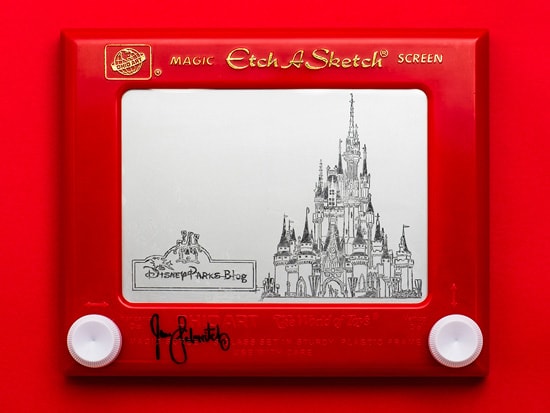 This week, we shared a “first look” inside the new interactive queue being added to Big Thunder Mountain Railroad at Magic Kingdom Park. In the video, Project Manager Wyatt Winter and Creative Designer Pete Carsillo show how the new queue builds on the attraction’s backstory of Barnabas T. Bullion, founder and president of Big Thunder Mining Company.

The storyline of the new area builds the attraction into something that takes guests deeper into the mining days of the Wild West. The queue will debut in a few weeks.

And did you see the amazing Etch A Sketch drawings of Sleeping Beauty Castle and Cinderella Castle. Jane Labowitch, who is known as “Princess Etch A Sketch,” did all of the work by hand. Go to Gary’s original post and check out our gallery of Jane’s intricate art.