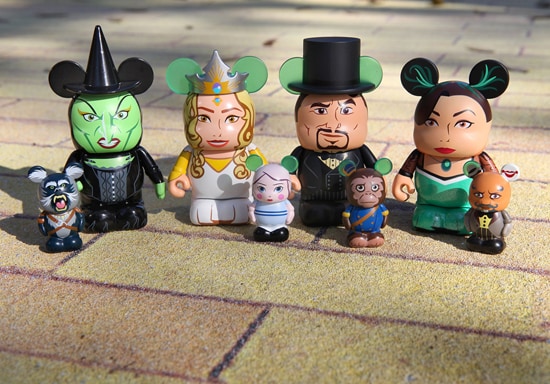 My son and I recently attended the Disney Parks Blog meet-up for “Oz The Great and Powerful” at Epcot. It was wonderful seeing several Disney Parks Blog readers and friends in person. We both enjoyed the film, along with some challenging trivia before the show (must study next time). My son was a big fan of the winged monkey Finley, while I was delighted to see Bruce Campbell make a brief cameo appearance in the film (he’s one of my favorite actors). With the motion picture arriving in theatres on March 8, Disney Theme Park Merchandise will be offering a variety of merchandise at Disney Parks. I peeked behind the curtain to see what new items are coming soon to stores.

Similar to other major film releases like the award-winning “Brave” or “Wreck-It Ralph,” the merchandise team partnered with the Disney Store to offer select “Oz The Great and Powerful” items at Disney Parks. You can currently find some of those items we will also carry on DisneyStore.com, including incredibly detailed dolls. We have created, however, a few items especially for Disney Parks.

I visited The Land of Oz Garden at Epcot the other morning to capture an image of four new Vinylmation sets coming to Disney Parks on March 8. Each set contains one 3-inch figure paired with one 1.5-inch Vinylmation, Jr. figure. Disney Design Group artist Ron Cohee created these figures. If you are in Florida on March 8, you can meet Ron from 5 p.m. to 7 p.m. at D Street in Downtown Disney West Side. 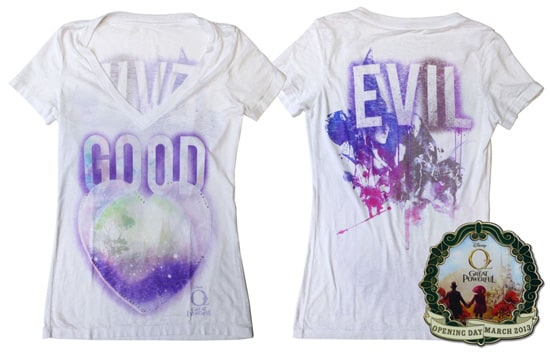 March 8 will also see the release of a commemorative opening day pin in select locations at Disneyland and Walt Disney World Resorts. This limited edition pin will have an edition size of 1,000. The soft lines team will release four new shirts for women and one shirt (“Fragile by Feisty”) for girls. I thought the “Good” and “Evil” shirt was a fun design. 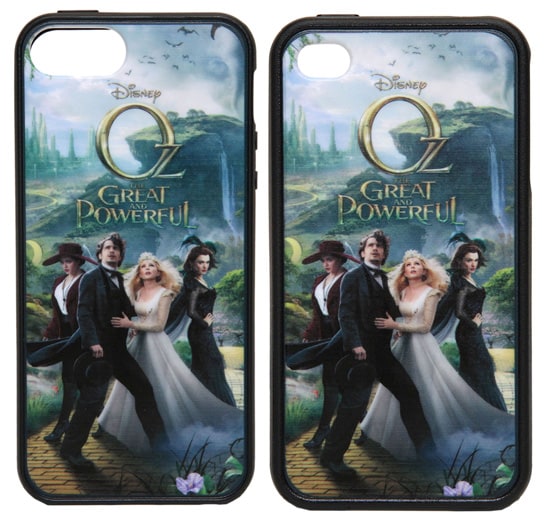 Finally, we will be releasing two D-Tech on Demand cases for the iPhone 5 and iPhone 4/4S.

I hope you enjoy the show!

Check out these posts for more about “Oz The Great and Powerful” at Disney Parks: