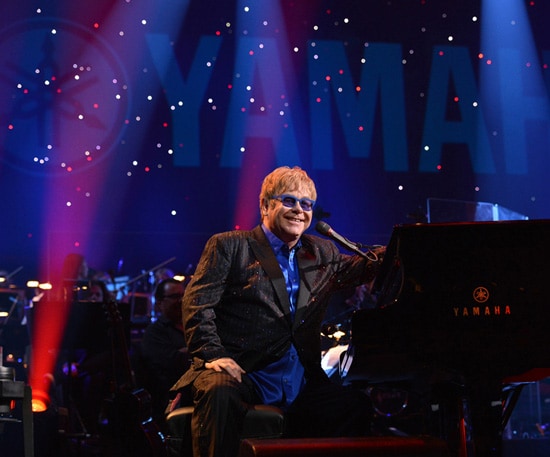 Elton John was one of more than a dozen music stars participating in a special private concert event celebrating the 125th anniversary of Yamaha, the official music instrument provider of the Disneyland Resort and the sponsor of our popular All American College Band, Disney’s Performing Arts, and The Community Arts Showcase. 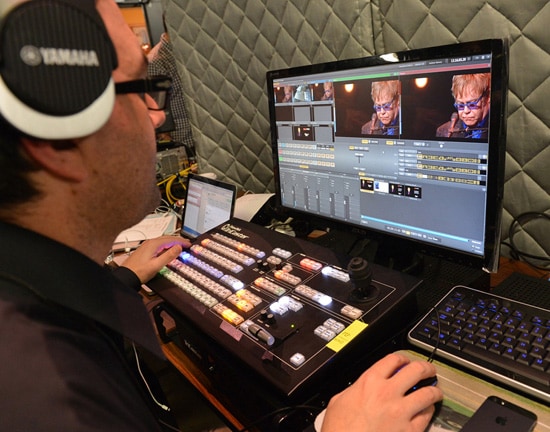 As the finale for this great evening, Sir Elton played five of his classic songs on a Yamaha Disklavier reproducing piano onstage at the Hyperion, accompanied by a 60-piece orchestra. His actual piano keystrokes were faithfully played, note for note, in real time (via MIDI data) on each of the remote Disklavier pianos all over the world just as if he were there, while the entire orchestra was seen and heard on adjacent monitors in perfect sync with the remote piano performance. The result was an amazing blend of artistry and technology. 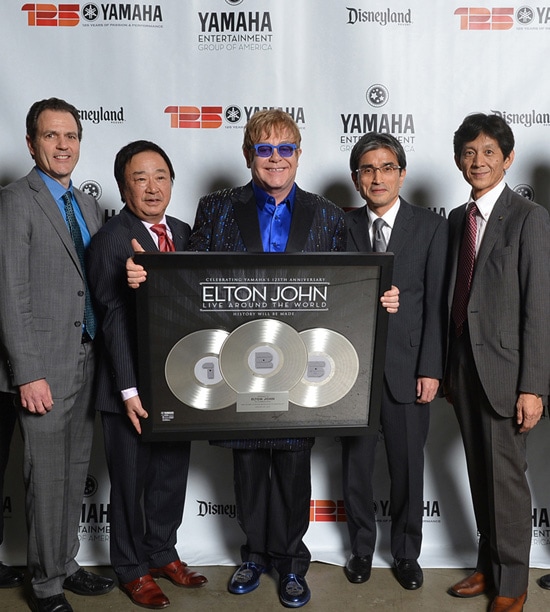 Backstage, Elton John was presented with a special gift from Yamaha to commemorate his history-making performance. Disneyland park guests can experience Yamaha’s amazing Disklavier technology every day at the Innoventions Dream Home in Tomorrowland. There, you can imagine legendary musicians playing “live” in your own home! Yamaha pianos can also be heard at some of your favorite locations throughout the Disneyland Resort, including Disney’s Grand Californian Hotel and Spa, The Golden Horseshoe, Refreshment Corner hosted by Coca-Cola and the stage at Big Thunder Ranch.