With so many Disney Cruise Line European itinerary choices in 2014, there is a lot to consider when selecting which voyage is best for your family. To help you in your decision, and because some of the port names aren’t as well known as the destinations you can access from them, today I want to tell you about famous sights you can explore with Disney Cruise Line during the summer of 2014. Picturesque Santorini and charming Mykonos, distinguished by whitewashed buildings and beautiful beaches, are two of the most popular islands in Greece you can visit with Disney Cruise Line. Equally spectacular, and all with their own unique appeal, are the islands of Rhodes, Corfu and Crete (via the port at Heraklion). 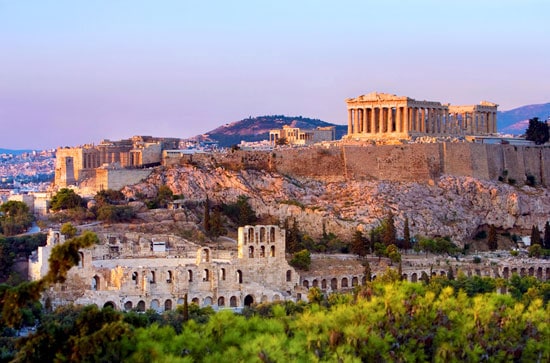 Also on the schedule for Disney Cruise Line in 2014 are the ancient cities of Olympia and Athens. Katakolon is the gateway to Olympia, the site of the classic olympic games, and Piraeus is the access point for Athens, home to The Acropolis.

Now on to France and Italy… Famous locales along the French Riviera, including Nice, Monte Carlo and Cannes, are at your fingertips from the port at Villefranche. Stunning, isn’t it?

While not a complete list of the many destinations in Europe Disney Cruise Line will visit in 2014, I hope this info will help you plan your perfect family vacation. Which of these locales do you have your heart set on?