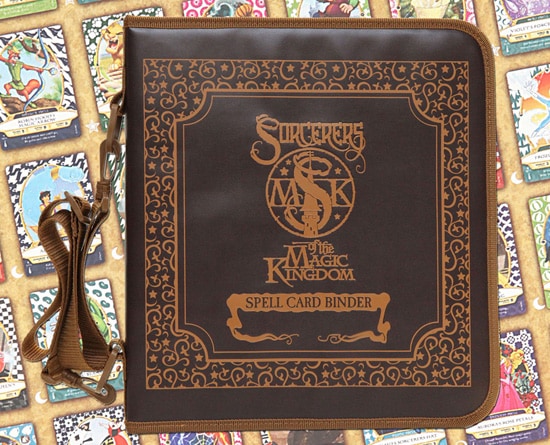 What do a spell card binder, a talking trashcan and a giant music box have in common? They are new merchandise items inspired by things found in Magic Kingdom Park at Walt Disney World Resort. I love when the merchandise development team uses attractions, characters or shows from Disney Parks as inspiration for new merchandise (it makes those items feel unique, original and special ). Here is a closer look at three new items coming this year.

If you haven’t tried Sorcerers of the Magic Kingdom, check out my fellow author Jennifer Fickley-Baker’s recent tip-filled article. Then, stop by the Main Street Fire Station to join the adventure. I’ve played a few times with my son, who loves the interactive experience. 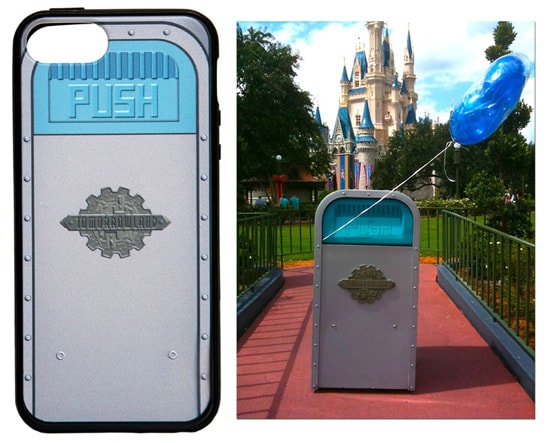 When merchandiser Kevin-Michael Lezotte showed me a new D-Tech on Demand case, I jumped up and down like an excited child meeting Mickey Mouse for the first time. It was an iPhone 5 case inspired by PUSH, the talking trash can from Tomorrowland! Since making his first appearance on February 18, 1995, PUSH has roamed Tomorrowland chatting with guests, consuming their trash and sometimes even dancing with them. He has participated in several marriage proposals, and even actual weddings!

On February 18, we are releasing this limited release iPhone 5 case in Mickey’s Star Traders in Tomorrowland at Magic Kingdom Park. If you see PUSH that day, please give him a hug and wish him a “Happy Birthday.” But please don’t mention his age, as I guess he’s a bit self conscious about it. 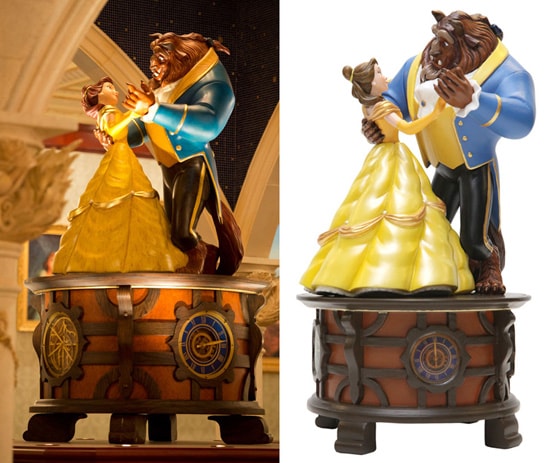 Finally, I recently had a delicious lunch with my teammates at Be Our Guest Restaurant in New Fantasyland. While dining, I watched the beautiful seven-foot tall music box of Belle and Beast spin around in the Rose Gallery. Coming this summer, we will release a 9 ½-inch-tall figurine replica that plays music from this classic animated film. It’s lovely!