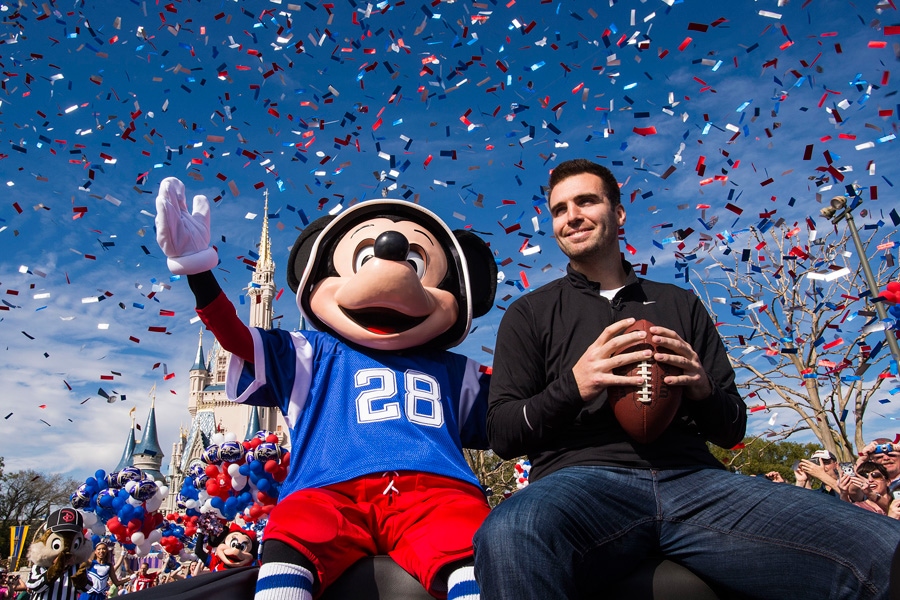 Magic Kingdom Park had a distinctive purple haze to it this afternoon as Baltimore Ravens fans joined other park guests and Super Bowl MVP Joe Flacco in celebrating the team’s big win with a parade down Main Street, U.S.A.

Flacco rode in the parade along with Mickey Mouse, who dressed for the occasion by wearing his own football uniform, as confetti and balloons swirled around them amid cheers from the crowd.

In case you missed it, here are some photos from the parade.