Holding up homemade signs with words of encouragement, little Peyton and Hadley Booth were pretty excited to see their mom, Rachel, cross the finish line at Disney’s Princess Half Marathon this morning. As usual, it was easy for them to spot her among the 26,000 runners – she was the first person to cross the finish line again, winning her second straight Princess Half Marathon and besting her race record time from last year. 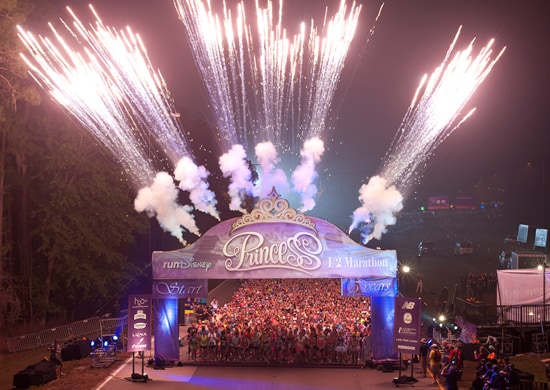 Booth’s record-breaking victory was the headliner among a host of inspiring stories that unfolded throughout the weekend. There was the Delaware woman who completed all 13.1 miles of the half marathon despite having a brain tumor (it’s benign). And there were the two 78-year-old women who decided to run the half marathon. And there were a couple of celebrities such as Sean Astin (“Rudy,” “The Goonies” and “Lord of the Rings”) and Ali Vincent (former winner of “The Biggest Loser”).

They were all just a fraction of the many memories created during the three-day event. But my fondest memory will always be a 6-year-old boy and a 4-year-old girl embracing their record-setting mommy at the finish line.