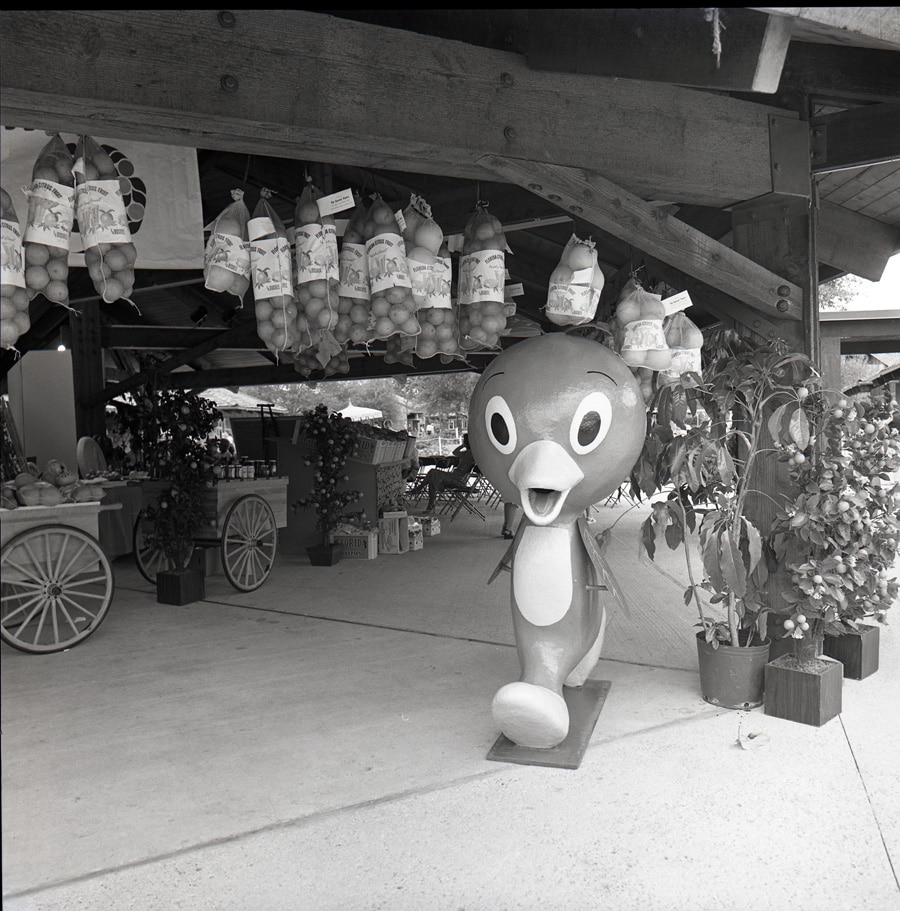 Every once in a while, inspiration for a blog post seems to find me – and that was surely the case with this one! 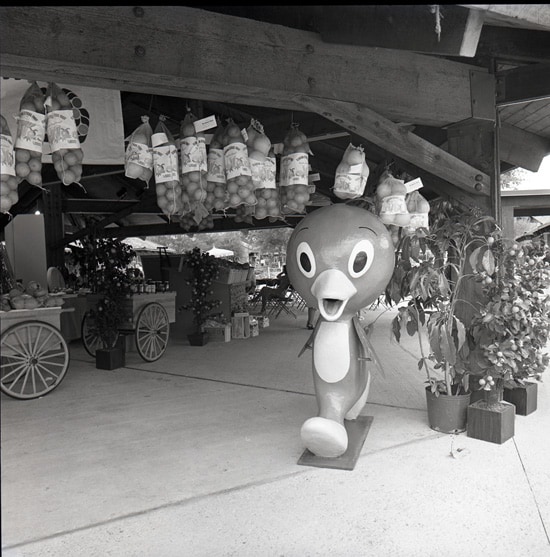 Earlier this month, I was digging for photos in our company photo archive to run with a completely unrelated blog post when I came across these shots, which were taken at Lake Buena Vista Shopping Village in the mid-1970s (exact date unknown).

Those of you Disney history fans may be familiar with Orange Bird, the friendly little Disney character who was created to promote Florida citrus products at Walt Disney World Resort. Orange Bird originally greeted families at Sunshine Tree Terrace in Adventureland, where guests could also buy citrus drinks and Orange Bird merchandise. The character disappeared from the park in the early 1980s – until last spring, when Walt Disney Imagineering and D23 partnered to return a historic Orange Bird sculpture to its original place at the Sunshine Tree Terrace.

So, imagine my surprise when I stumbled upon a cluster of photos of Orange Bird taken in the mid-1970s not in Adventureland, but at Lake Buena Vista Shopping Village (now Downtown Disney). From what we can tell, the location was a shop formerly called Captain’s Tower, which is now home to Disney’s Pin Traders. At some point in this shopping area’s history, it featured a fresh citrus display highlighted with a sizeable Orange Bird statue and signage.

It’s okay, my fellow Orange Bird friends. Go ahead and geek out.

Read these posts to learn more about Orange Bird: