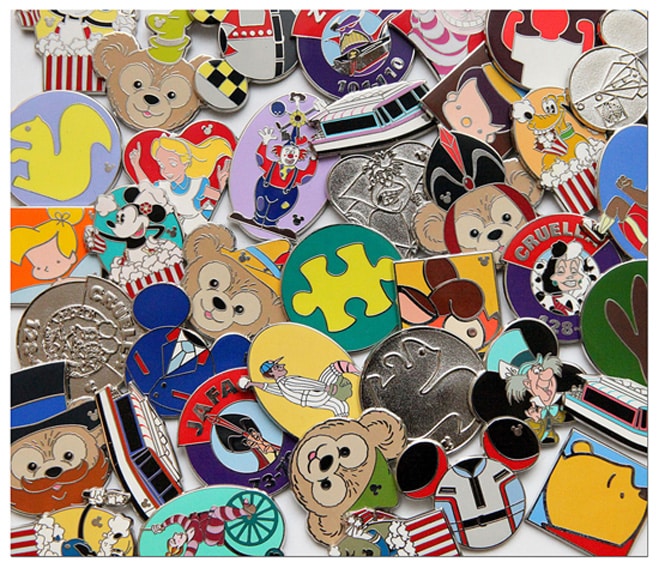 Trade for New Hidden Mickey Pins in 2013 at Disney Parks 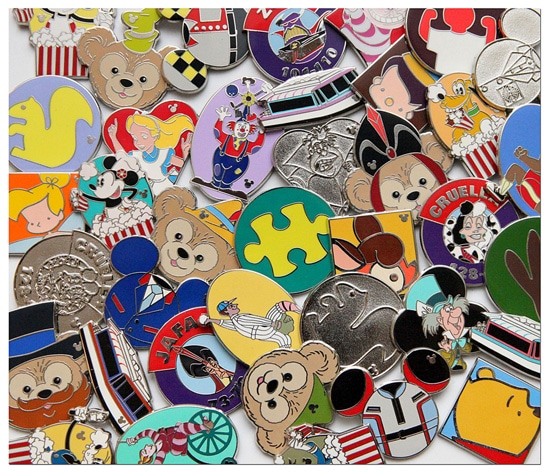 The start of a new year traditionally marks the arrival of new Hidden Mickey pins at Disneyland and Walt Disney World Resorts. Cast members at Disney Parks use these specially designed pins for trading with guests. I received a few questions about the new pins for this year, so I contacted Julie Young, former merchandiser for pins, to learn more. Julie now develops Vinylmation, dolls, plush and Duffy the Disney Bear, which makes this year’s collection the final series she created.

“I’m happy how the pins turned out this year,” said Julie. “For my final series, I wanted to capture hidden treasures from Disney Parks and include some favorite Disney characters, like Winnie the Pooh. I love all the details found at both Disneyland and Walt Disney World Resorts, like the pinwheels found in Mickey’s Toontown at Disneyland park. I think those details are great for Hidden Mickey pins as they make the pins different from other pins we release.” 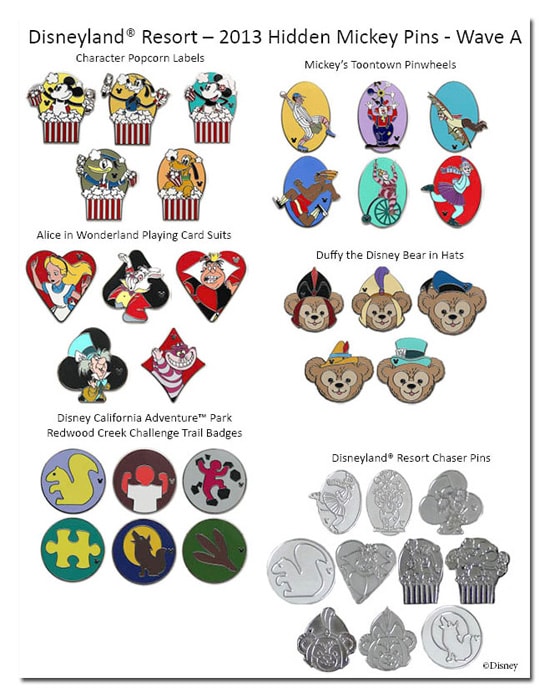 Similar to previous years, there will be two different series of pins released in 2013 – series A (now available) and series B (the latter will appear toward summertime). Many of the pins will be unique to Disneyland and Walt Disney World Resorts (this time, the exception is the popcorn pins, which are a shared set). As always, you can identify a Hidden Mickey pin with the small Mickey Mouse icon included on the front of the pin. The back stamp also indicates it’s a Hidden Mickey pin.

I like the Disney Villains parking lot signs from Magic Kingdom Park, as they are a continuation of a collection introduced years ago when I was involved with Disney pins. The Duffy the Disney Bear pins and cast member costumes are also continued collections from last year. 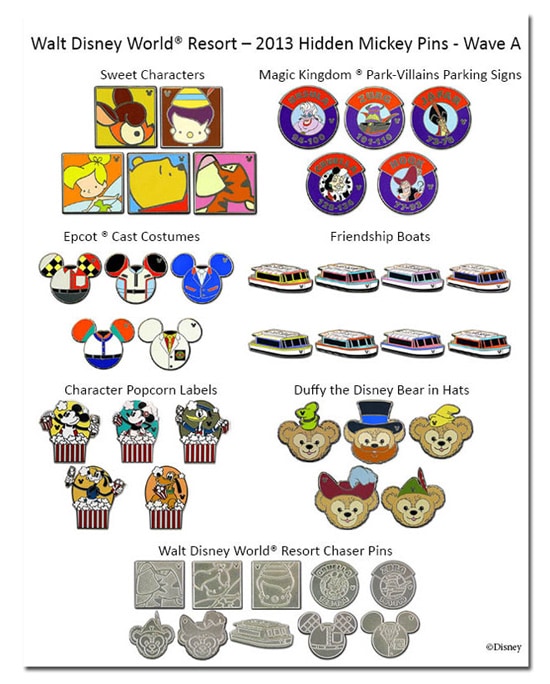 Other fun pins include the Wilderness Explorer badges inspired by the Redwood Creek Challenge Trail at Disney California Adventure park, and the Friendship Boats from World Showcase Lagoon at Epcot. Julie said the boats were an idea from a cast member who worked in transportation.

Look for these pins on cast members’ lanyards throughout 2013. As a reminder, you can trade a maximum of two pins, per cast member, per day. With thousands of cast members trading pins, that is a lot of trades waiting to be made!