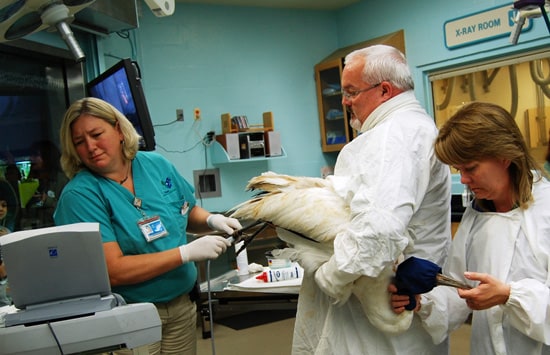 We received word from the U.S. Fish and Wildlife Service and the International Crane Foundation (ICF) that the injured whooping crane had been observed by residents in the area. The whooping crane is part of a reintroduction project with which our team has significant experience through cooperation with groups such as the Whooping Crane Eastern Partnership (WCEP) and Operation Migration, conservation groups that are helping protect these animals. Members of our animal operations team traveled to South Florida to bring the bird to Disney’s Animal Kingdom to receive care. Caring for — and, in this case, capturing — a wild whooping crane calls for special preparations, including wearing white costumes and head coverings until the bird’s sight can be blocked by using a cloth eye covering. The goal is for the birds not to get imprinted on humans.

Upon arrival at Disney’s Animal Kingdom, the whooping crane received a full medical examination, and, although the bird’s injury did require amputation of the affected toe, the bird is adjusting well, and we hope that she will soon be released back into the wild. 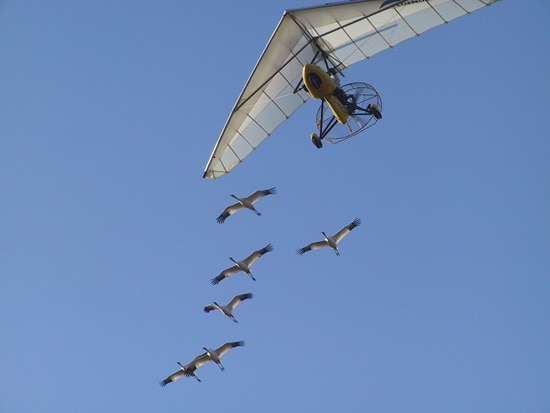