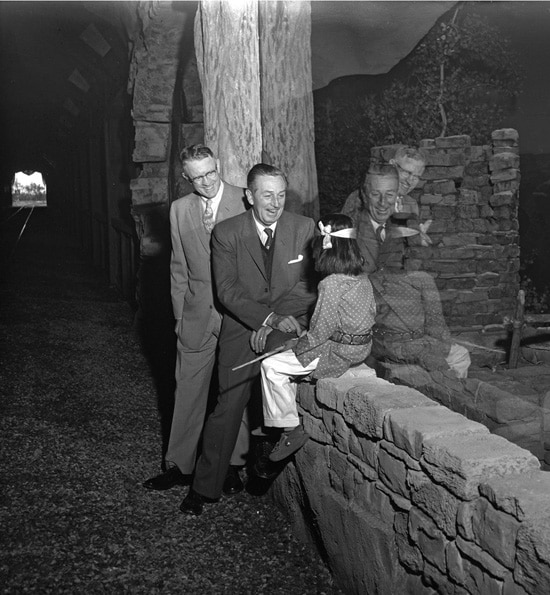 A Look Back: 1958 Opening of the Grand Canyon Diorama at Disneyland Park 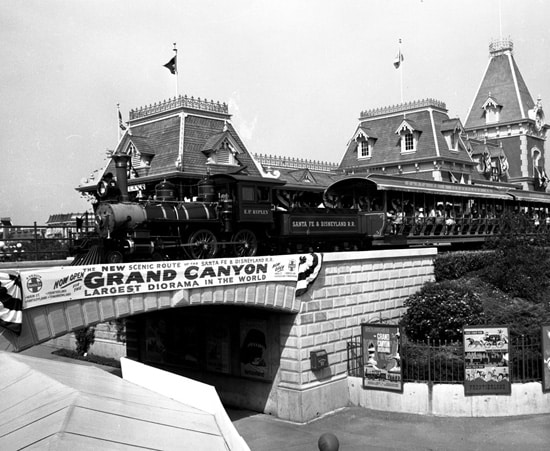 Fifty-five years ago this Sunday, a new route was discovered on the Disneyland Railroad: the Grand Canyon. The 306-foot-long diorama, which features the work of prolific scenic artist Delmer Yoakum, was described at the time as the “longest diorama in the world.” 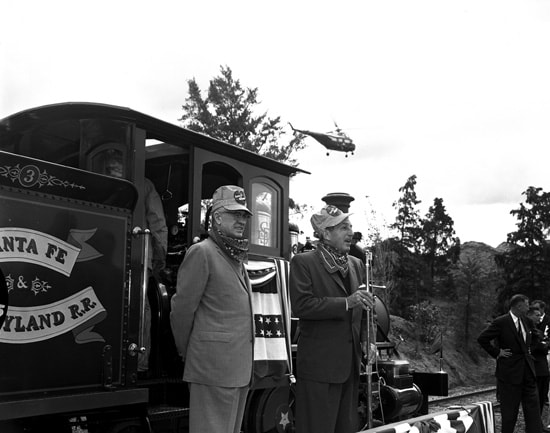 During the opening ceremony on March 31, 1958, Walt Disney was joined by his longtime friend Santa Fe Railroad Chairman, Fred Gurley — the namesake of our very own Engine No. 3, which began its service only three days earlier and was officially dedicated the same day. 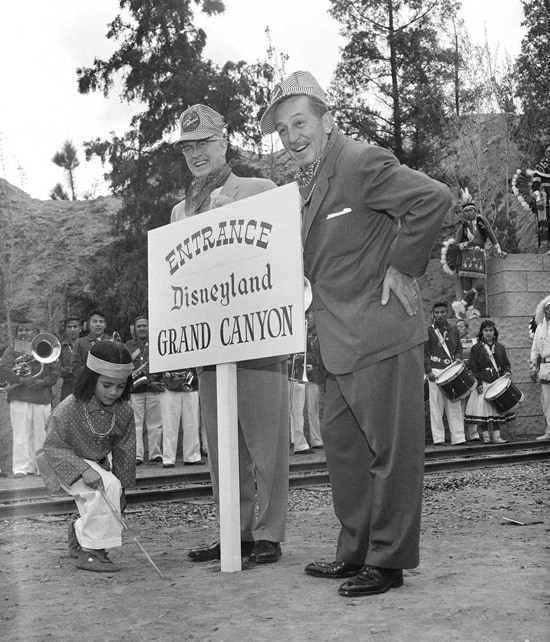 Just beyond the Tomorrowland Train Station, outside the tunnel that houses the diorama, the ceremony featured members of the Hopi tribe, including Chief Negangnewa, who performed a blessing.

Among the rare photos from this special day, and one of my personal favorites, is a picture of Walt and Mr. Gurley chatting with the boy who participated in the ceremony. As you can see in this photo, Walt never seemed happier than when he was around the young or the young at heart, or whenever trains were involved! 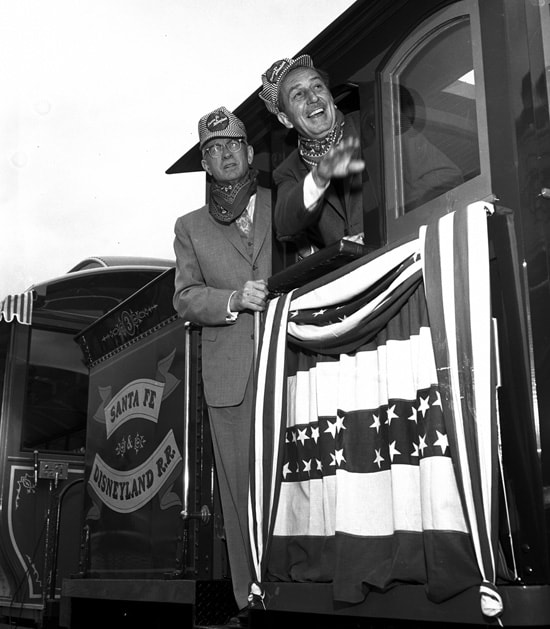 If you’re a fan of the Disneyland Railroad, or the Grand Canyon Diorama, my colleague, Paul Hiffmeyer, shared a really great photo he took of the diorama back in 2010 that you should also check out here.

Likes (1)
Share A Look Back: 1958 Opening of the Grand Canyon Diorama at Disneyland Park

Destinations: A Look Back: 1958 Opening of the Grand Canyon Diorama at Disneyland Park