One of the benefits of working at the Disneyland Resort is the opportunity to participate in special events designed especially for cast members. Recently, two cast favorites took place after hours with proceeds benefiting local nonprofit organizations. 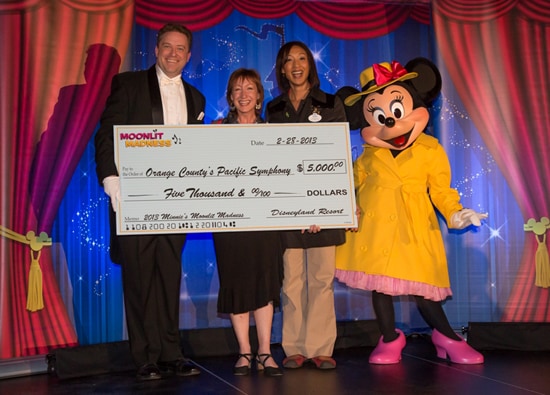 On February 28, 350 teams of cast members and employees from around The Walt Disney Company, along with family and friends, took part in this year’s Minnie’s Moonlit Madness. The event consisted of a Disney trivia-based quiz, followed by a scavenger hunt inside Disneyland park where four-person teams tested their music savvy under a “Soundsational” theme with a special catch: to complete 10 assignments by midnight while connected by rope!

Participants this year included a team of cast members from Aulani, a Disney Resort & Spa, in Hawai`i. Entry fees benefited Orange County’s Pacific Symphony, which was presented with $5,000 at the event! 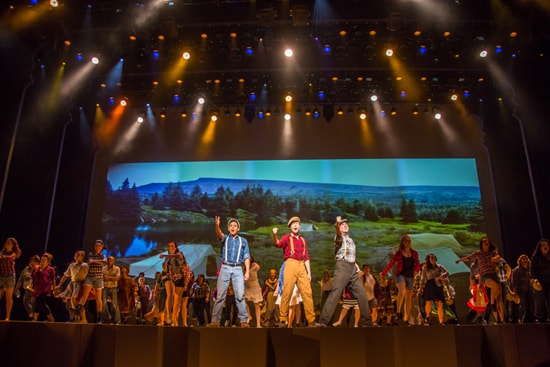 Days later, the lights of the Hyperion Theater at Disney California Adventure park shone brightly when more than 250 cast members participated in “Flashback”, an annual production where cast members produce and star in their own mini-musicals. Each year, four teams of cast members representing various areas of the Disneyland Resort perform for family and friends after nearly two months of practice and production.

The first “Flashback” performance was in the Golden Horseshoe in 1998. Over the years, the event has gained popularity and grown to attract an audience of thousands, with proceeds from ticket sales benefiting local charities – more than $250,000 donated over the past 15 years. This year’s event benefited the Boys & Girls Clubs of Anaheim and Big Brothers Big Sisters of Orange County with $15,000 each!