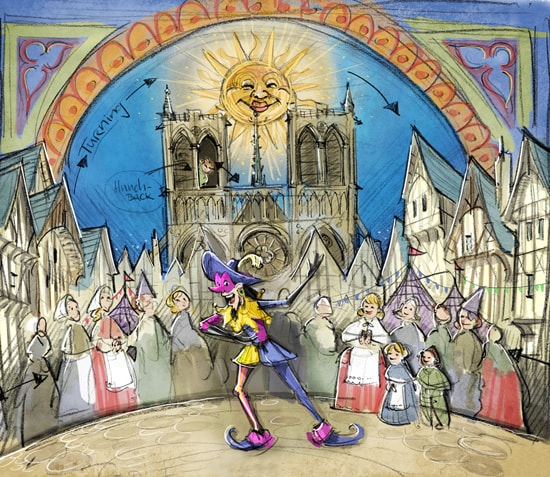 This week, we had some updates and sneak peeks to share from the new Fantasy Faire at Disneyland park, including an amazing behind the wall image from Paul and a look at Clopin’s Music Box from Erin. We also shared video of the installation of Clopin’s Music Box that included a few other details.

Keep an eye on the Disney Parks Blog for more details on Fantasy Faire. And come see it for yourself when the new area opens at Disneyland park on March 12.

And we also caught up with Cody Reynolds, a creative manager at Disney Design Group, who shared some insight into some new, cool Haunted Mansion items. If you didn’t see the collection, check Steven’s original post.

Warming Up for a Spring Vacation at Aulani? Now Offering Four Nights for the Price of Three, April 7 through May 23 and May 27 Through June 8 – Thinking about a spring getaway at Aulani, a Disney Resort & Spa, in Ko Olina, Hawai`i? This new offer will help you spend extra time in the Hawaiian sunshine.

VIDEO: Winning 2014 Disney Art Design Revealed Following Disney Parks Fan Vote – Thousands of fans from across our Disney Parks social networks voted for one of three designs that will be featured on select limited edition merchandise next year. Click through to discover which design was selected.