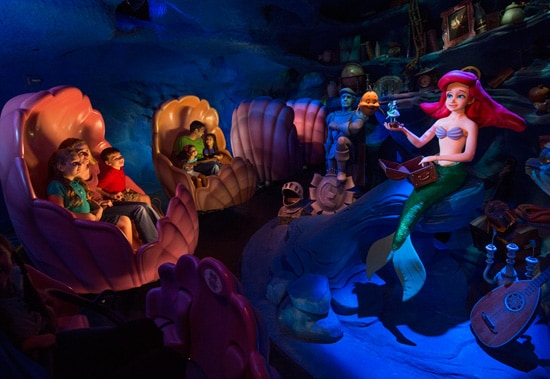 We at the Disney Parks Blog believe in tooting our own horn, but from time to time we also let others toot our horn for us.

FamilyFun magazine, a trusted, go-to source for travel recommendations and family activities for more than 20 years, has recognized Disney Parks and Resorts on both sides of the United States as the very best in family travel for 2013.

Here at the Walt Disney World Resort, Magic Kingdom Park has been recognized as one of the “Top 10 Overall Favorite Family Destinations” in the U.S. Magic Kingdom Park, Epcot, Disney’s Animal Kingdom and Disney’s Typhoon Lagoon water park were also recognized as part of “Top 10 Amusement Parks” is the country. And, in the same survey, Walt Disney World Resort hotels were named “Number One” in the category of “Top Family Resorts” in the country.

In California, the Disneyland Resort was also recognized. Both Disneyland and Disney California Adventure parks were also named among the “Top 10 Amusement Parks” in the U.S. FamilyFun conducted an extensive nationwide survey of 2,000 parents with children ages 3 to 12, asking them to rate 360 popular destinations on a scale of 1-100. For voting purposes, the country was divided into four geographic regions – West, Midwest, South and Northeast – and respondents provided feedback solely on their regions. High marks were awarded for affordability, accessibility and fun factor.

Congratulations to all the winners!