I was delighted to see the logo for Star Wars Weekends 2013 as shared by my fellow author Gary Buchanan. He said the artwork gives a nod to the 30th anniversary of “Star Wars: Episode VI Return of the Jedi.” I vividly recall seeing the film in theaters with my parents in May 1983. I was completely obsessed with Star Wars at the time, so I love this poster as it reminds me of my childhood. Disney Design Group artist Tyler Dumas said they had some different poster concepts, like Mickey Mouse in the Rancor pit, before selecting an iconic scene from the Battle of Endor.

Here is a look at some new items with this year’s logo coming to Disney’s Hollywood Studios on May 17, 2013. 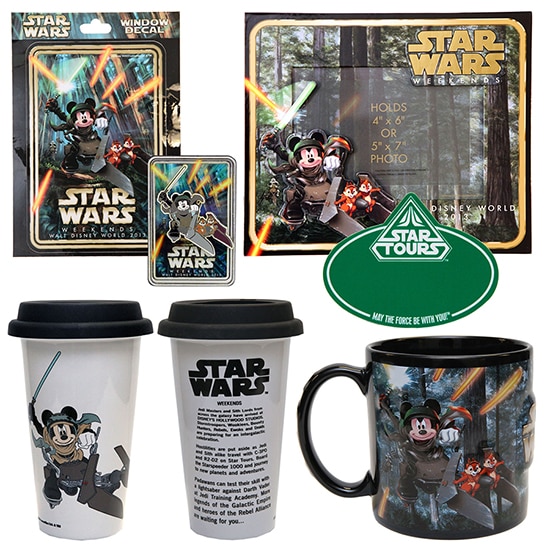 The logo is featured on numerous items including a Disney pin, a coffee mug, a photo frame and more. Disney Design Group also created a unique Star Wars Weekends “title crawl” image for merchandise, which reminds me of the opening title sequences from the Star Wars motion pictures. We are trying a few new things this year, like an oversized calendar with 13 previous Star Wars Weekends posters. Each poster measures 12-inches by 18-inches, and can be removed from the calendar for framing. We are also introducing a deluxe autograph and photograph book (I’m adding that to the “long overdue” column). The popular Star Tours nametags using Aurebesh will be returning. This year, we will have a new black name tag for Annual Passholders only! 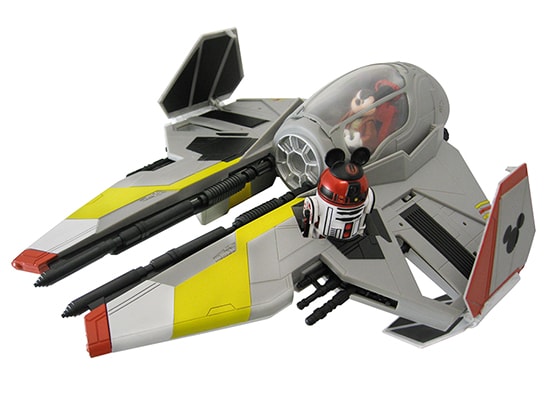 Finally, we will have new Vinylmation at this year’s event including a limited release mystery series; a Vinylmation, Jr. series with droids; and two limited edition figures – a removable, 3-inch figure of Han Solo in Carbonite, and a 9-inch Jabba the Hutt figure with a 1.5-inch Salacious B. Crumb figure.

Stay tuned to the Disney Parks Blog, StarWars.com and DisneyWorld.com/StarWarsWeekends for future updates. I can’t wait for May!