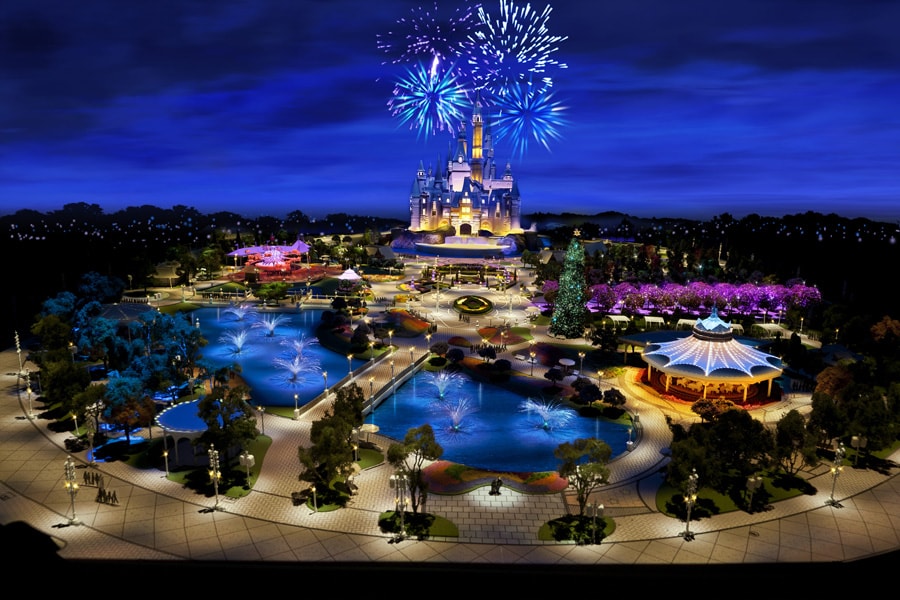 Earlier today at The Walt Disney Company Annual Meeting of Shareholders, Disney chairman and CEO Bob Iger unveiled the first image of a model of Shanghai Disneyland Park that we just knew you’d want to see. 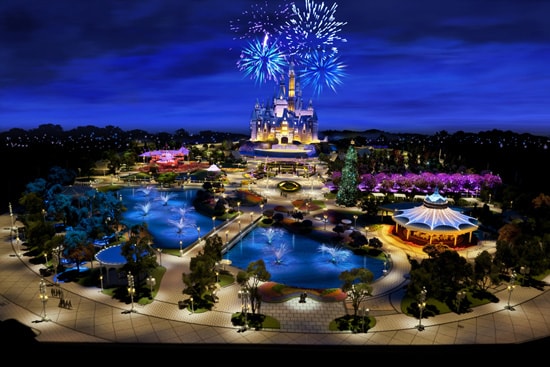 The image shows a portion of the Shanghai Disneyland model and its beautiful 11-acre green space at the center of the park. You also get a closer look at the unique design and scale of Enchanted Storybook Castle, the iconic central attraction of the theme park.

During today’s meeting, Bob said the one-of-a-kind destination will be authentically Disney and distinctly Chinese. “We believe this will be one of the most spectacular Disney experiences yet – and an important part of our future,” he said. “We look forward to opening the gates at the end of 2015 and welcoming the first of the millions of guests who will enjoy Shanghai Disneyland for generations to come.”

Tom Staggs, chairman of Walt Disney Parks and Resorts, said, “We are incredibly excited about the developments and progress of the Disney resort in Shanghai, one of the world’s most vibrant cities. Shanghai Disney Resort will bring a classic Disney Parks experience to mainland China and will immerse Chinese guests in a whole new world of creativity, imagination and adventure that only Disney can deliver.”

Be sure and check back here on the Disney Parks Blog for more updates on Shanghai Disneyland.