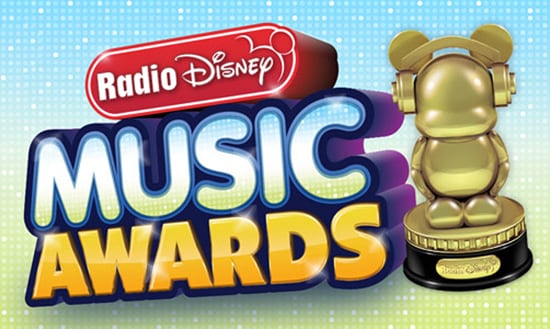 Our friends at Radio Disney recently announced the Radio Disney Music Awards will be held on April 27 in Los Angeles, California. The show will feature live performances from some of Radio Disney’s biggest stars including Selena Gomez, Bridgit Mendler, Cody Simpson, Austin Mahone, Cher Lloyd and Coco Jones. There will also be awards as voted on by the fans plus a few other surprises. But did you know that Disney Theme Park Merchandise has a special connection to this year’s awards show? I’d like for you to meet Ardy, which is the name given to the specially designed award that will be presented to winning musicians that evening. This award may look slightly familiar to Disney Parks fans as it incorporates a blank, 9-inch Vinylmation figure in the design.

Sixteen artists from Disney Design Group, the talented art team from Disney Theme Park Merchandise, submitted award concept designs to the Radio Disney team. After careful consideration, Lin Shih’s design was selected to become the iconic award. You may recall my previous conversation with Lin, who also designed the die-cast parking tram toy found at Disney Parks. I am a former dee-jay and super fan of music, so I love how Lin incorporated headphones and a turntable in the design. That’s awesome!

The Radio Disney team is now asking for your help. From March 4-10, 2013, they are holding a contest on their Facebook page asking fans to create a unique spelling of Ardy’s name. The winning suggestion will be announced on March 11.

Look for more information about this awards show, including how to buy tickets, on the Radio Disney Music Awards website.