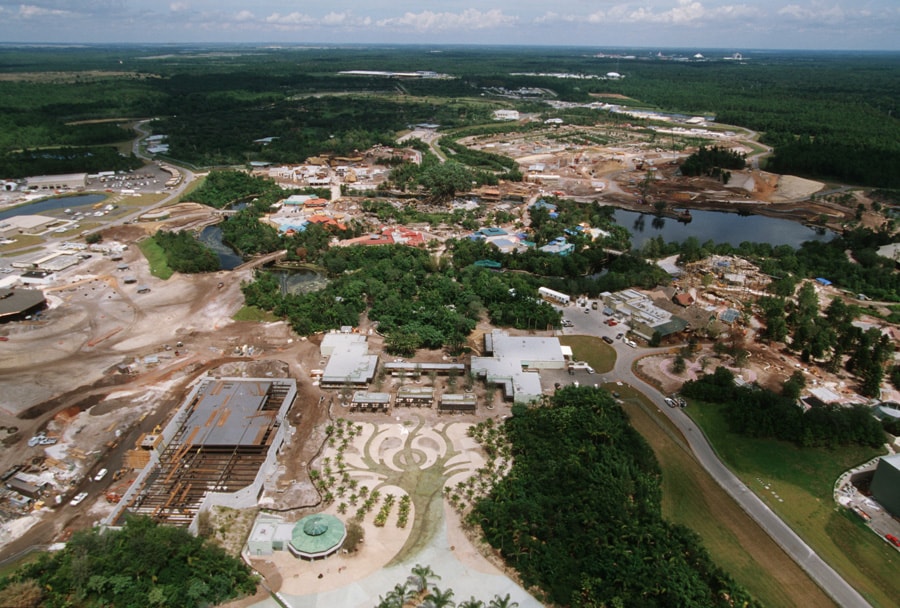 In April, Disney’s Animal Kingdom will celebrate its 15th anniversary. We’re celebrating here at “Vintage Walt Disney World” by taking a look back at this one-of-a-kind theme park over the next four weeks. 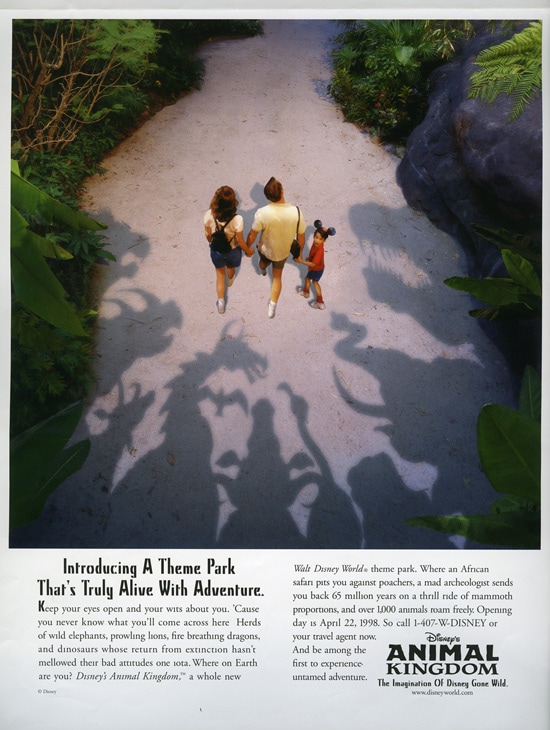 Sprawling across approximately 500 acres, Disney’s Animal Kingdom brought the world of animals (both alive and pre-historic) to life for guests at Walt Disney World Resort when it opened in 1998. Below is a look at an aerial view from the park’s entrance in September 1997. (Look closely in the distance; you’ll even see Magic Kingdom Park.) Disney’s Animal Kingdom opened with over 40,000 mature trees – 16,000 of them grown right at the Walt Disney World Tree Farm. There were roughly 2,000 species of shrubs and 260 different types of grasses throughout the park, too. Below is a look at the icon of the park, The Tree of Life, still under construction in January 1997. 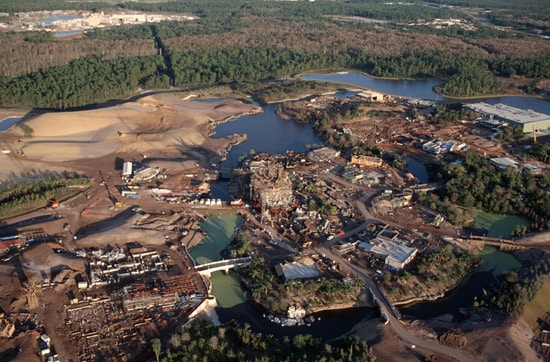 Disney’s Animal Kingdom is the first Walt Disney World Resort theme park where the show literally eats the landscape. And by the look of those numbers above, it’s quite the buffet for our animal friends to enjoy.

Excited about the park’s anniversary? Join the conversation on Twitter by using the hashtag #DAK15.