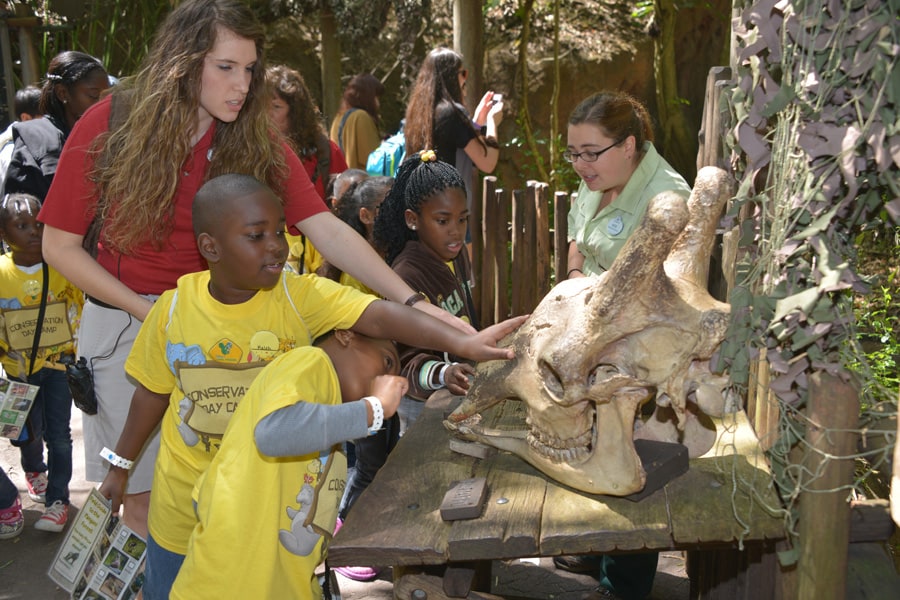 It’s a beautiful spring break week here in Central Florida, providing the perfect setting to get outdoors and explore the natural “magic” found right here in our own backyard at the Walt Disney World Resort. In addition to millions of guests, a few special neighbors from the Rosemont Community Center in Orlando, Florida, are enjoying every minute of it. Walt Disney World Community Relations has teamed up with Disney’s Animals, Science and Environment cast members for the second year in a row to offer a special spring conservation day camp to 40 Central Florida children as a way to inspire them to apply their creative talents to make positive contributions within their community that benefit nature and the environment. 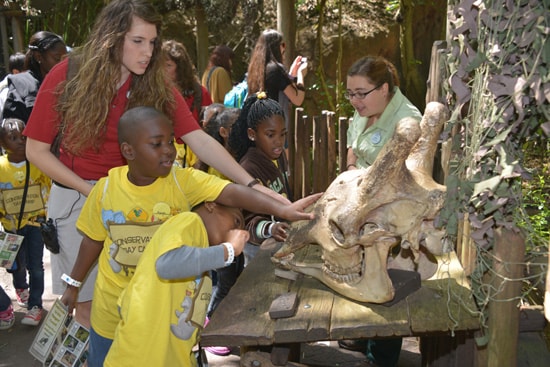 The children, ages 6 to 12 years old, arrived Monday at Disney’s Animal Kingdom on day one of camp. They were ready to explore and connect with nature, including all of the amazing animals soon to be experienced throughout Disney’s Animal Kingdom, as well as those featured during treks to The Seas with Nemo & Friends at Epcot and to Disney’s Fort Wilderness Resort and Campground. By traveling “around the world” right here at the Walt Disney World Resort, campers are exploring many unique habitats while coming face to face with some of the diverse animals that live there. From the pride lands of the African savanna, to the treetops in the jungles of Asia, and finally back to the leaf-covered forests of their own backyards, campers are learning about conservation efforts through animal encounters, interactive games and activities, and field trips. 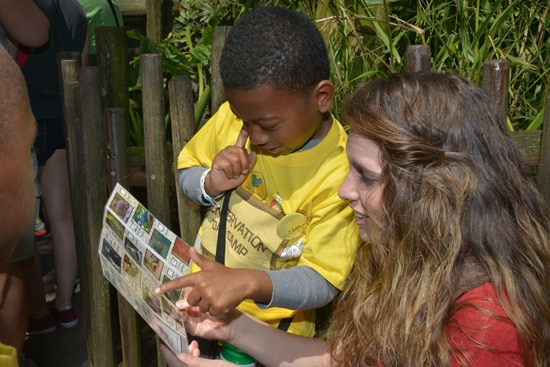 And on top of it all, the children are having fun, as that is a key component of all of our learning experiences! In fact, we even had some honorary “campers” join us on the first day when they heard what a great time we were having exploring Disney’s Animal Kingdom. Rich Tamayo and Tye Arnold, the 2013-2014 Walt Disney World Ambassadors, joined the 6-to-8-year-old campers to explore Africa via the Pangani Forest Exploration Trail and also by riding the Kilimanjaro Safaris.

“In bringing Disney conservation magic to local children, we know that those who participate will leave empowered to become champions for wildlife and nature and affect change to make the world a better place for all of us,” said Nancy Gidusko, director of community relations for Walt Disney World Resort.

Pretty fun way to spend spring break and make a difference for nature! 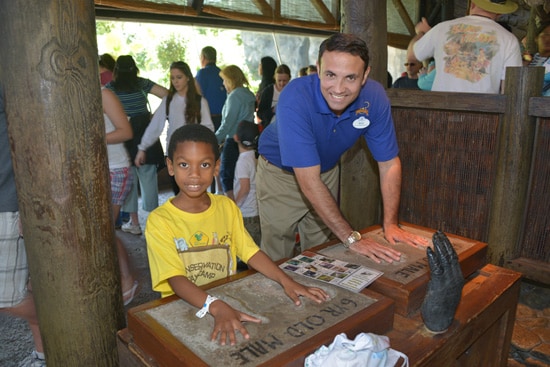 Want to help people, communities and the planet? Spread the word by sharing this blog post with your friends and family. Learn more about Disney’s community and conservation efforts both locally and around the world at WDWnews.com/about/environment/ and Disney.com/conservation. Experience more of our conservation work by participating in our guest offerings, such as Backstage Safari at Disney’s Animal Kingdom.