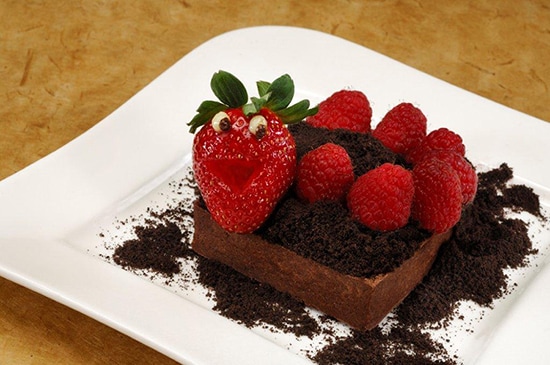 Earth Day is April 22, but the entire week, April 22-28, has been dubbed Earth Week – and that gives us plenty of time to try all three of these sweet treats that are almost (almost!) too cute to eat. 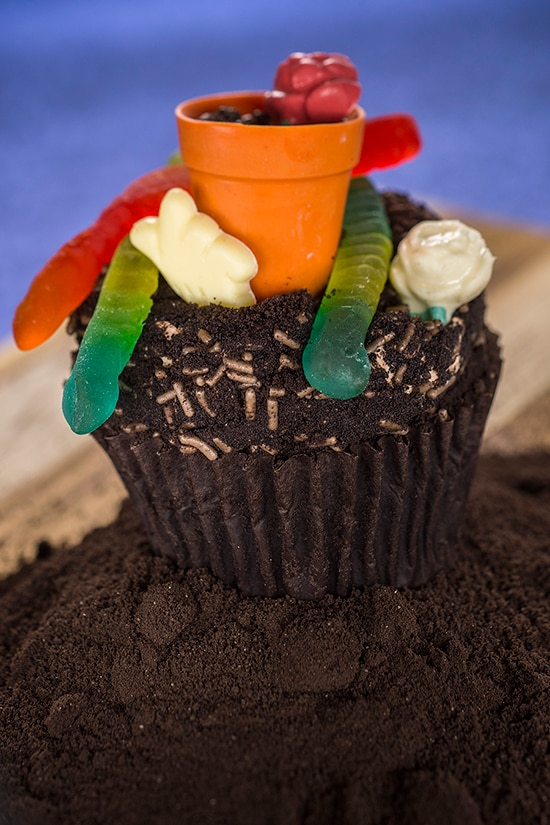 The chocolate Worms & Dirt cupcake topped with a teensy flower pot and gummy worms is on the menu at ABC Commissary, Pizza Planet, Backlot Express, Studio Catering Co. and Starring Rolls Cafe at Disney’s Hollywood Studios, and Kusafari Coffee Shop and Bakery and the espresso and coffee cart at Disney’s Animal Kingdom.

Another version of a chocolate Worms & Dirt cupcake features an adorable little worm made with a strawberry and fresh raspberries, and it is only at one spot: Kona Cafe at Disney’s Polynesian Resort. 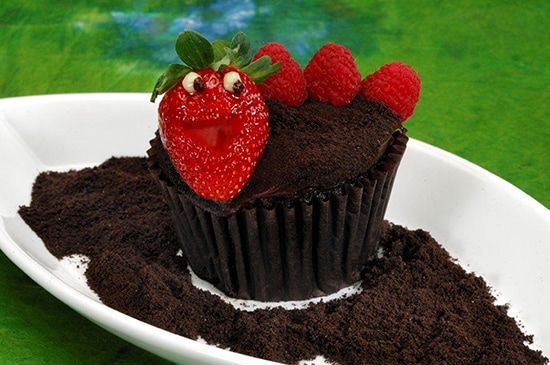 All of the Worms & Dirt desserts are $4.99 and Disney Dining Plan eligible.