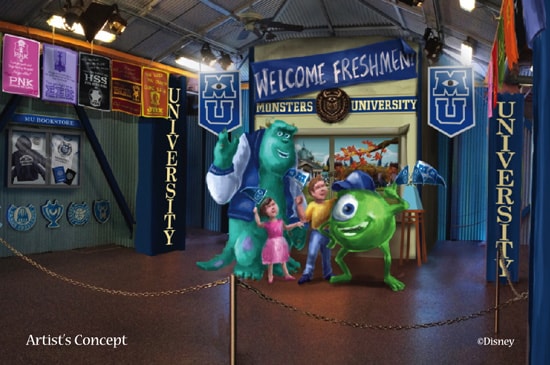 It’s shaping up to be a Monstrous Summer at Disney Parks, with a colossal lineup of unforgettable experiences, including entertainment enhancements celebrating the newest Disney•Pixar animated feature, “Monsters University.”

Mike and Sulley are dropping in from MU to scare up fun all summer long. Some of the monstrous surprises in store include all-new, collegiate settings in which to meet your favorite aspiring scarers. On the Backlot at Disney’s Hollywood Studios, you’ll find the Monsters University Student Union, complete with a view of the campus. Meanwhile, when Sulley and Mike step through the door to Disney California Adventure park, you’ll find them right outside the university dorms, recreated in Hollywood Land. 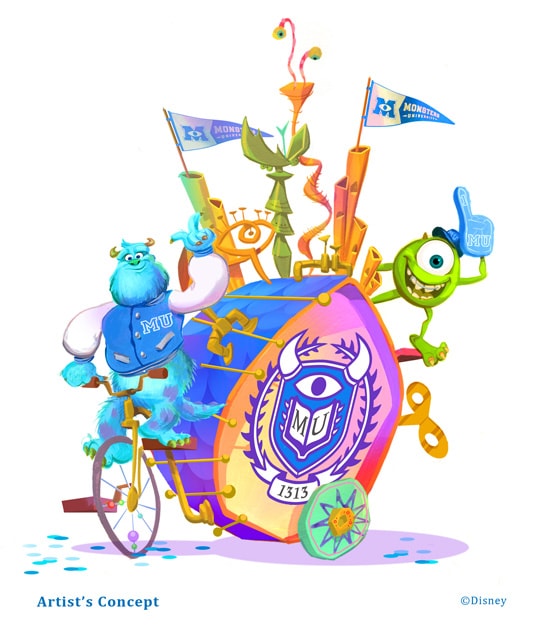 Also at Disney California Adventure park, Mike and Sulley show their MU spirit as they lead daily performances of the Pixar Play Parade, and at Magic Kingdom Park, you’ll chuckle along with the gang at the Monsters, Inc. Laugh Floor, where they’ve been studying new jokes and are ready to graduate to new comedic bits in honor of their alma mater.

It may be summer vacation, but Monsters University will be in session all season at the Disneyland and Walt Disney World Resorts! The fun starts on May 24th!