It’s April 12, the 21st anniversary of the opening of Disneyland Paris, and the resort is celebrating by extending their incredibly popular 20th Anniversary Celebration through September 30, 2013. One of the biggest hits of the past year has been the new nighttime spectacular, Disney Dreams!, in which Peter Pan’s shadow takes us on a journey into great moments from Disney animation. 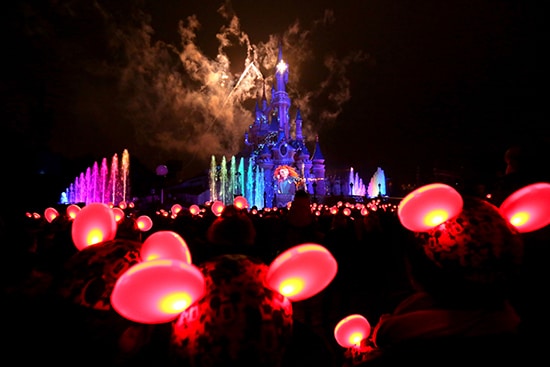 Not content to rest on their laurels, the Creative Entertainment team has introduced some enhancements to the show, just in time for the extended celebration.

“Following the outstanding success of the show, Peter’s mischievous shadow will be taking us on new adventures into the worlds of ‘The Lion King’ and ‘Brave,’” said Show Director Katy Harris. “These two new scenes were chosen by our fans, and it’s our way of saying thank you for celebrating our 20th anniversary with us.”

According to the Vice President of Parades and Spectaculars, Steven Davison, “The two new pieces fit into the ‘Free to Dream’ segment of the show. Both Simba and Merida are trying to find their place in the world. Like the original show, the shadow stumbles in on these moments.” 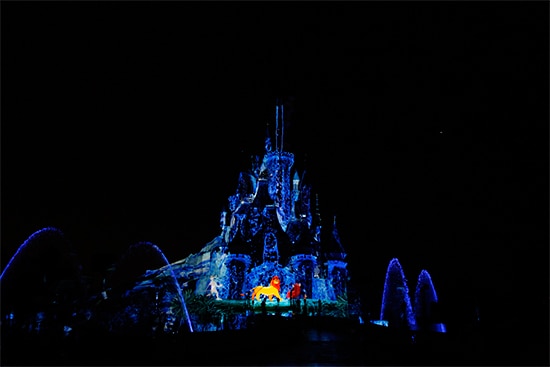 Audiences enjoying Disney Dreams! will soon become part of those moments themselves with this summer’s introduction of Disney Light’Ears, interactive Mickey Mouse ear hats similar to the “Glow with the Show” ears available now at the Disneyland Resort. Each guest wearing a pair of Disney Light’Ears will become an ever-changing pixel of color, synchronizing in real time with the show and adding another layer of fun to the spectacle.

“It’s great to see the audience react so positively toward the show. It makes all the hard work worth the effort,” adds Steven. “Dreams will be like the movie ‘Fantasia.’ It will always be refreshed and changing, bringing new dreams for years to come.”

Take a look at these amazing photos from a recent preview of the new Disney Dreams! with Disney Light’Ears. It makes me want to book a flight to Paris this summer!