Good friends are hard to come by … when you’re lucky enough to find them, hang on tight. No one knows that better than some of the friends you’ll spot on a new collection of ladies character sketch tees that are available now at Disney Parks. This colorful new collection of tees feature such fan favorites and good friends as Dumbo, Chip ‘n’ Dale, Jiminy Cricket and Piglet and are currently available to purchase at Disney Clothiers in Disneyland park, Gone Hollywood in Disney California Adventure park, and World of Disney in the Downtown Disney District at the Disneyland Resort. Look for them at Tren-D in Downtown Disney Marketplace at the Walt Disney World Resort in April. Available for only $32.95 each. 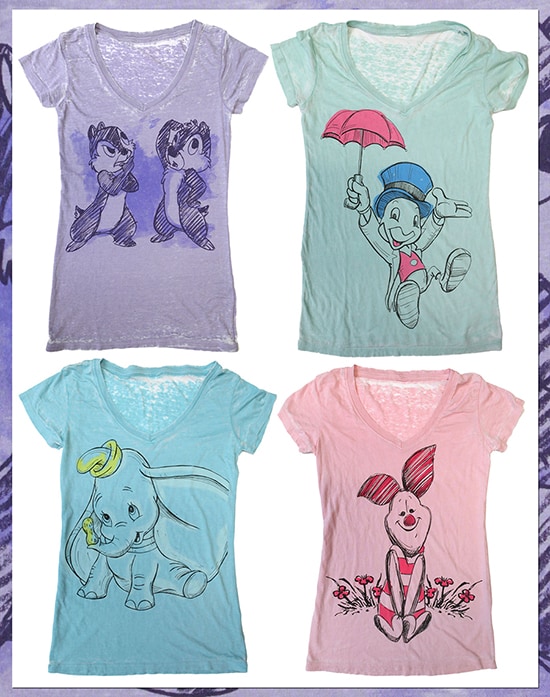 This next collection featuring Mickey Mouse and Minnie Mouse is set to debut at Disney Vault 28 in the Downtown Disney District at the Disneyland Resort and Tren-D in the Downtown Disney Marketplace at the Walt Disney World Resort in June 2013. With foil embellishments accenting the art, you’ll not only feel cool wearing it, but you’ll look cool too. Available in June for only $32.95 each. 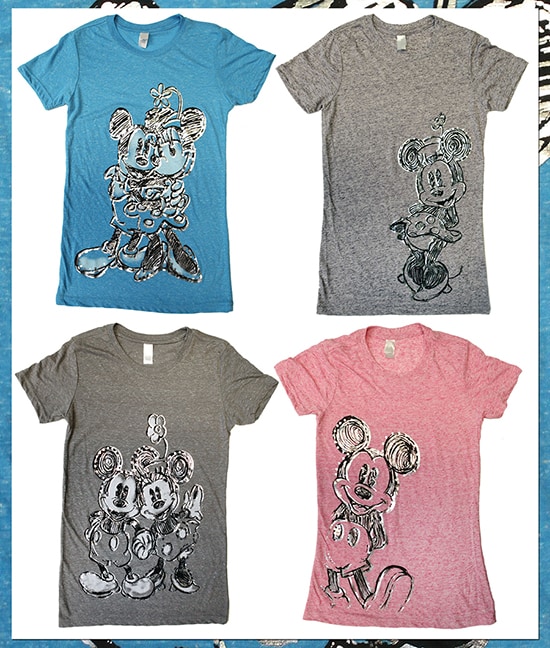 Now, I personally have gone nuts for the Chip ‘n’ Dale tee, because you don’t see them too often. But if my conscience were to be my guide, I probably would choose Jiminy Cricket.