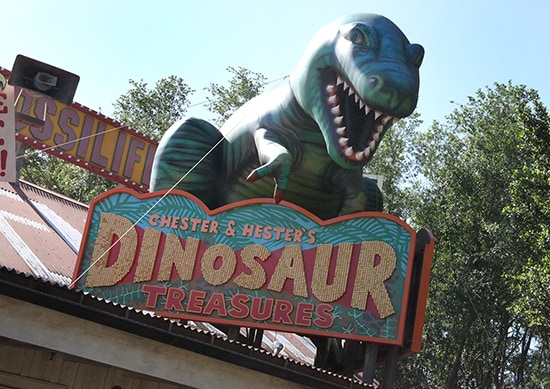 One of my favorite things to do on weekends is take a road trip in search of vintage roadside signs and attractions. I’ve photographed many of them in states like Florida, Ohio and California. My love for these roadside wonders is one reason I like Chester and Hester’s Dinosaur Treasures in Dinoland, U.S.A., at Disney’s Animal Kingdom. In her book “The Making of Disney’s Animal Kingdom Theme Park,” Melody Malmberg described this location as “the ultimate affectionate tribute to roadside Americana.” I recently spent nearly 45 minutes taking photos in this location in anticipation of the park’s 15th anniversary (I was there so long that a retail manager almost scheduled me for work). 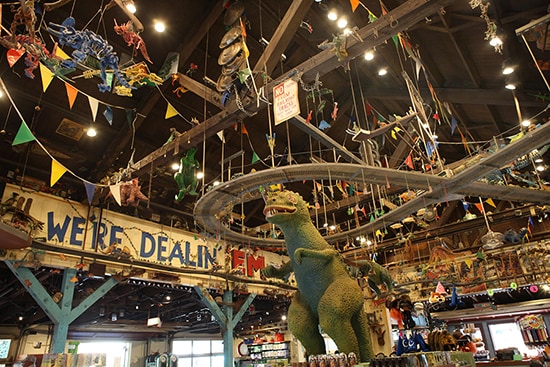 Located off US 498 in Diggs County, the shop is only a short distance from the Dino Institute, home to DINOSAUR, which my fellow author Nate Rasmussen recently featured on the Disney Parks Blog.

According to Malmberg, the shop was founded by Chester and Hester, dinosaur aficionados who turned a gas station into the ultimate dinosaur destination. The Dino Institute wants to “buy and raze the place, but Chester and Hester’s unidentified heirs have as good a sense of humor as the originators.” The heirs refuse to sell, and have kept the shop filled with countless dinosaur toys, figures, images and more. 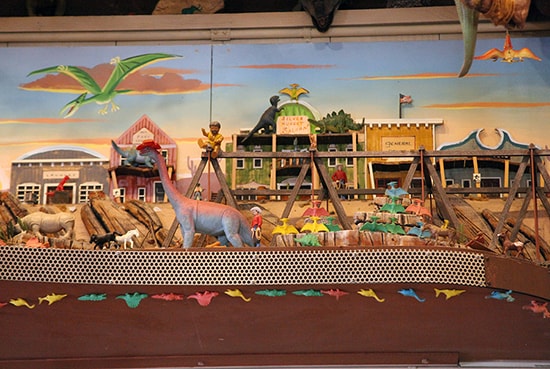 I love the little vignettes found throughout the shop like “Hester’s Dino Rocks,” which feature a dinosaur band, or the western town overrun with dinosaurs. The outside of the shop is just as much fun as the inside with huge playful signs. You can even see a painted over gas sign on the back roof of the shop. 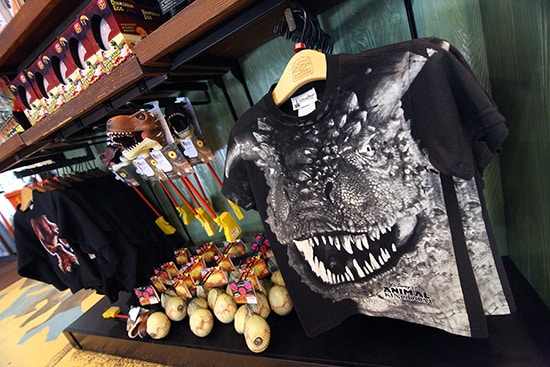 I invite you to stop by Chester and Hester’s Dinosaur Treasures next time you are in Dinoland, U.S.A. Here are a few additional photos from my expedition.

If you are on Twitter, join the conversation about the park’s anniversary by using the hash tag #DAK15.