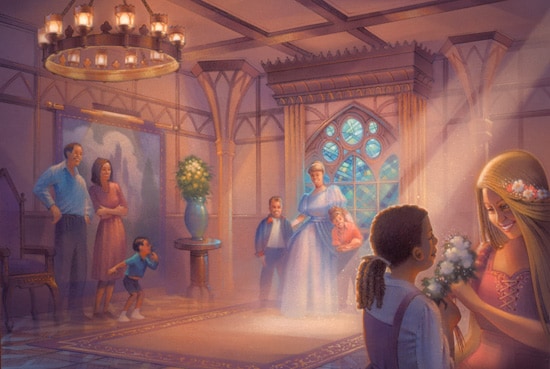 Who’s ready for an update on the remaining construction in New Fantasyland at Magic Kingdom Park?

Walt Disney Imagineering just shared a new video with us that offers up a look inside the two attractions in New Fantasyland that are still yet to debut: Princess Fairytale Hall and Seven Dwarfs Mine Train.

Princess Fairytale Hall, which will open later this year, will be the ultimate destination in which to greet Disney royalty. The Seven Dwarfs Mine Train, a family coaster that is set to open in 2014, will take Magic Kingdom Park guests on a musical journey through the mine “where a million diamonds shine.” The attraction will offer an innovative ride system with a train of vehicles that respond to every twist and turn, plus appearances by animated figures from “Snow White and the Seven Dwarfs,” and music from this classic Disney film.

In this video, Imagineers Jason Grandt, Pam Rawlins, and Dave Minichiello take you behind the scenes for an update.

Which of these attractions are you most excited to see for yourself? Let us know in the “Comments” section below.

To join the discussion online, use the hashtag #NewFantasyland on Twitter.