Meet the Steam Engines of the Disneyland Railroad: E.P. Ripley 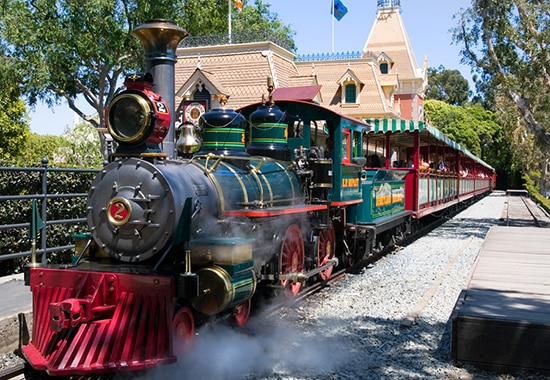 We started our “Meet the Steam Engines of the Disneyland Railroad” with Engine No. 1 – C.K. Holliday. Today we’ll meet the C.K.’s fellow opening-day steam engine, No. 2 – E.P. Ripley. The E.P. Ripley was named for Edward Payson Ripley, who was the first president of the Atchison, Topeka & Santa Fe Railroad. Built by WED Enterprises (now Walt Disney Imagineering), the engine made its debut on Disneyland opening day – July 17, 1955. Along with the C.K. Holliday, the E.P. Ripley was featured at the opening ceremonies of Disneyland, and Walt Disney himself occasionally took the throttle of both trains for excursions around his park.

Here are some specs for the E.P. Ripley:

I’ll be back again soon with another feature on the Disneyland Railroad steam engines, including the Ernest S. Marsh and more!