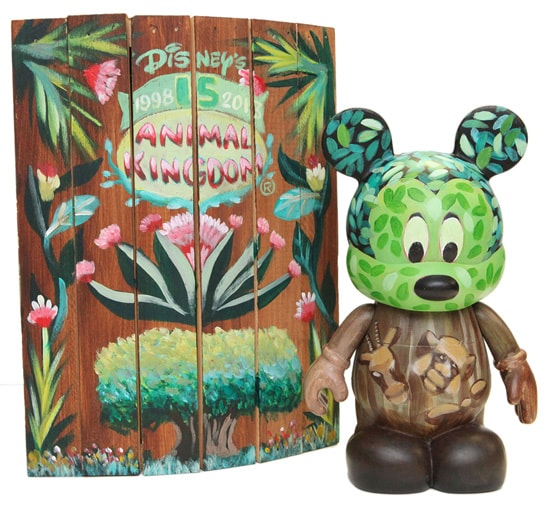 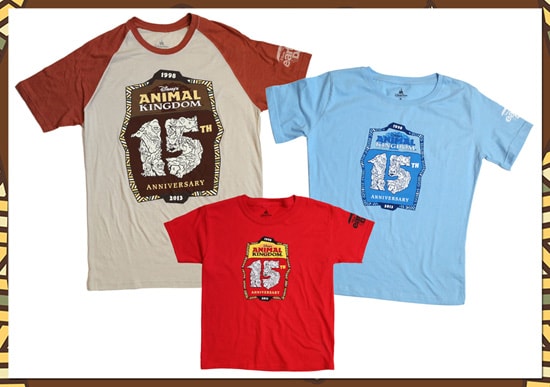 I’m looking forward to the 15th anniversary celebration for Disney’s Animal Kingdom on Earth Day this year. I recall visiting the park on April 22, 1998, for the grand opening celebration. (I still have the opening day T-shirt from it tucked away in my Disney collection.) As part of Limited Time Magic next week, we are releasing a few commemorative items at the Creature Comforts location in Disney’s Animal Kingdom, starting April 22, 2013. Some of these items will have the specially designed 15th anniversary logo that was created by Disney Design Group artists Michael Posluszny and Maria Clapsis. 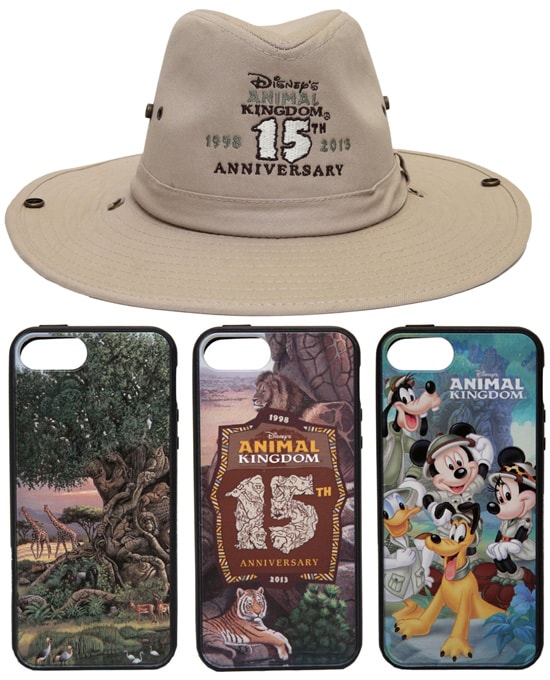 There will be a new safari hat along with three new T-shirts featuring the 15th anniversary logo. If you are unable to visit the park, we are releasing the orange-sleeved shirt on the Disney Parks online store starting April 22 for a limited time – http://www.DisneyStore.com/ParkEvents.

The 15th anniversary logo will also be included on one of three new D-Tech on Demand cases for the iPhone 4/4s and the iPhone 5. (Note: the iPhone 5 cases are pictured above.) 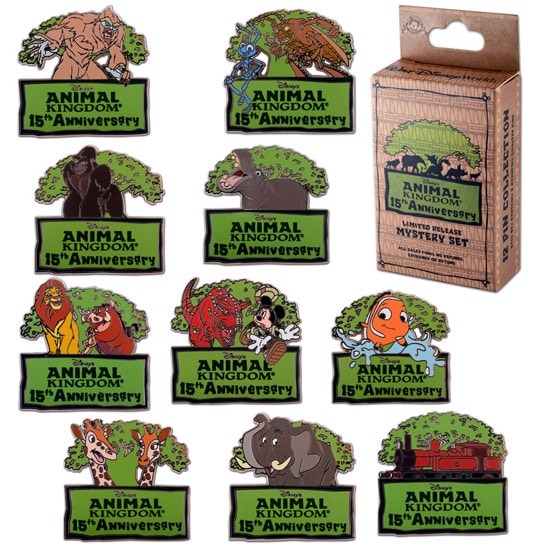 For Disney pin collectors, we will have two limited edition pins celebrating the 15th anniversary. They join a limited release mystery pin set that was designed by Disney Design Group Artist Mike Sullivan. I like how the set incorporates various characters and experiences from the park (like the Wildlife Express Train!). I also included this year’s limited edition Earth Day pin, which will also be released that day at Walt Disney World Resort (it was released on April 11 at the Disneyland Resort).

We asked a few artists to create one-of-a-kind, 9-inch Vinylmation figures. I was blown away by the level of detail on figures from artists like Brian Blackmore (his figure is shown above). I also loved Javier Soto’s extremely detailed yeti. Other Vinylmation artists include Maria Clapsis, who made the adorable zebra and baby dinosaur; John Henselmeier, who designed the classic safari Mickey Mouse figure; and Adrianne Draude, who created a colorful figure showing Mickey Mouse in the jungle.

You can also find updates on our latest extra sprinkle of pixie dust on Twitter using hashtag #LimitedTimeMagic and on our LimitedTimeMagic.com web page.