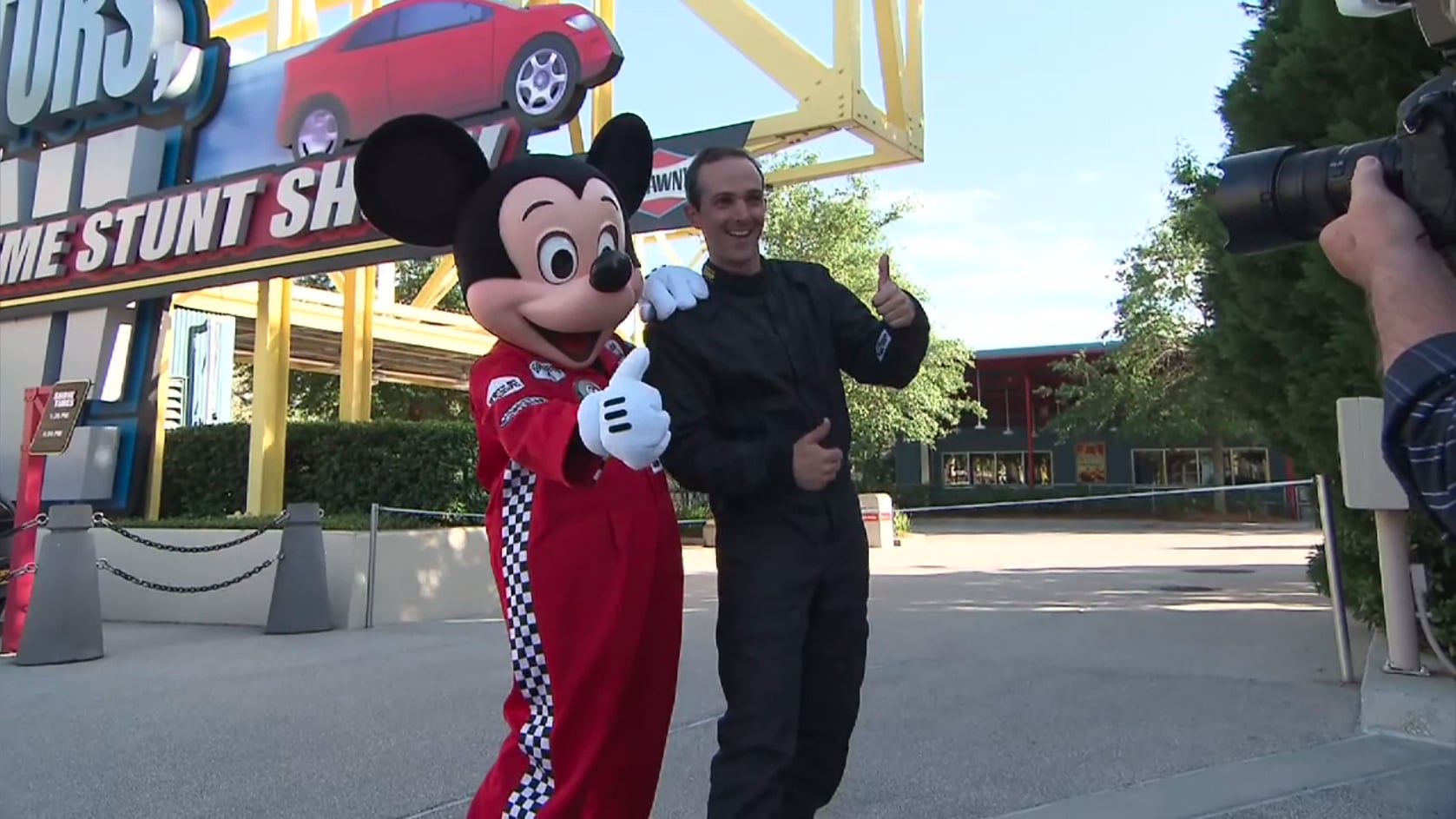 Later this week, Marques will be competing at RallyCross, which pits 16 of the world’s best drivers side-by-side, drifting and jumping through an exciting dirt track. Of course, that should be nothing new for Marques, as his precision driving skills are routinely on display with edge-of-your-seat jumps, slides and spins as a part of the daily Lights, Motors, Action! show.

We slowed down Marques before his trip to Brazil, just long enough to ask him about his journey to Disney and the X Games.

If you want to catch Marques, and the other high-flying athletes of X Games Foz do Iguaçu, tune in April 18-21 to ESPN/ESPN2.

And, of course, you can regularly see all our talented stunt performers in the thrill-a-minute “Lights, Motors, Action! Extreme Stunt Show,” featuring gravity-defying automobile, motorcycle and watercraft stunts at Disney’s Hollywood Studios.

For more from Disney’s Hollywood Studios, check out these posts: